After three years in his hometown of Perth as part of the West Coast Eagles coaching staff, Nathan van Berlo jumped at the opportunity to join Adelaide.

“I’ve loved being back at the Club,” van Berlo said.

“It has always been my home away from home.

“It has only been three years, so the city feels the same, but there have been huge changes at the Club, and it really feels like we are moving in a great direction.”

As Adelaide’s midfield coach, van Berlo knew he would be leading a young but promising group, and players including Harry Schoenberg, Sam Berry, Luke Pedlar, Brayden Cook and Lachlan Scholl made huge gains across the season.

However, it has been the more experienced players who have surprised him this year.

“I get to work with some incredible young talent, but we have a number of experienced players like Sloane, O’Brien, Laird and Seedsman who continue to find new parts of their game,” he said.

“It’s always a challenge for experienced players to keep finding improvements, but what we have seen this year is them understanding the importance of investing in others.”

Van Berlo saw firsthand the importance of senior player leadership after he joined Adelaide as a fresh-faced teenager in the 2004 National Draft.

“When I came to the Club, Craigy was coach and Brett Burton was my official mentor, and I also got to train with players like McLeod, Edwards and Goodwin,” van Berlo said.

“Just saying their names, I realise how lucky I was to play alongside them, and they gave me so much.

“The biggest thing that I learned from those who have been around for a long period of time is the importance of professional in everything you do and when you get consistency and balance in your life, you get balance in your game.

“Being a pro in all aspects of life sounds simple but once these guys get it, you can see the change in their footy.

“I can see our current senior guys giving the same lessons and understanding that by helping these younger guys and putting others first, they in turn get better and get more out of their game.”

Van Berlo has been involved across the Club this year and travelled to Whyalla to be part of recent Optus Crows Cup Carnival.

The Optus Crows Cup Carnival is a 9-aside inter-schoolgirls football carnival aimed at encouraging participants to give football a go in a fun and safe environment – something van Berlo has a personal investment in.

“I’m a dad to two young girls myself and I know if they want to play footy, they will have a clear pathway just like I had and that it was the girls who are currently at the Crows who have paved the way for them,” he said.

“For a lot of the girls I spoke to, it was their first experience and started as a day off school, but they are loving it and a few telling me they want to join up to the competition in Port Augusta.

“It is great to see so many young girls who now have a pathway ready for them if they want to go that way.” 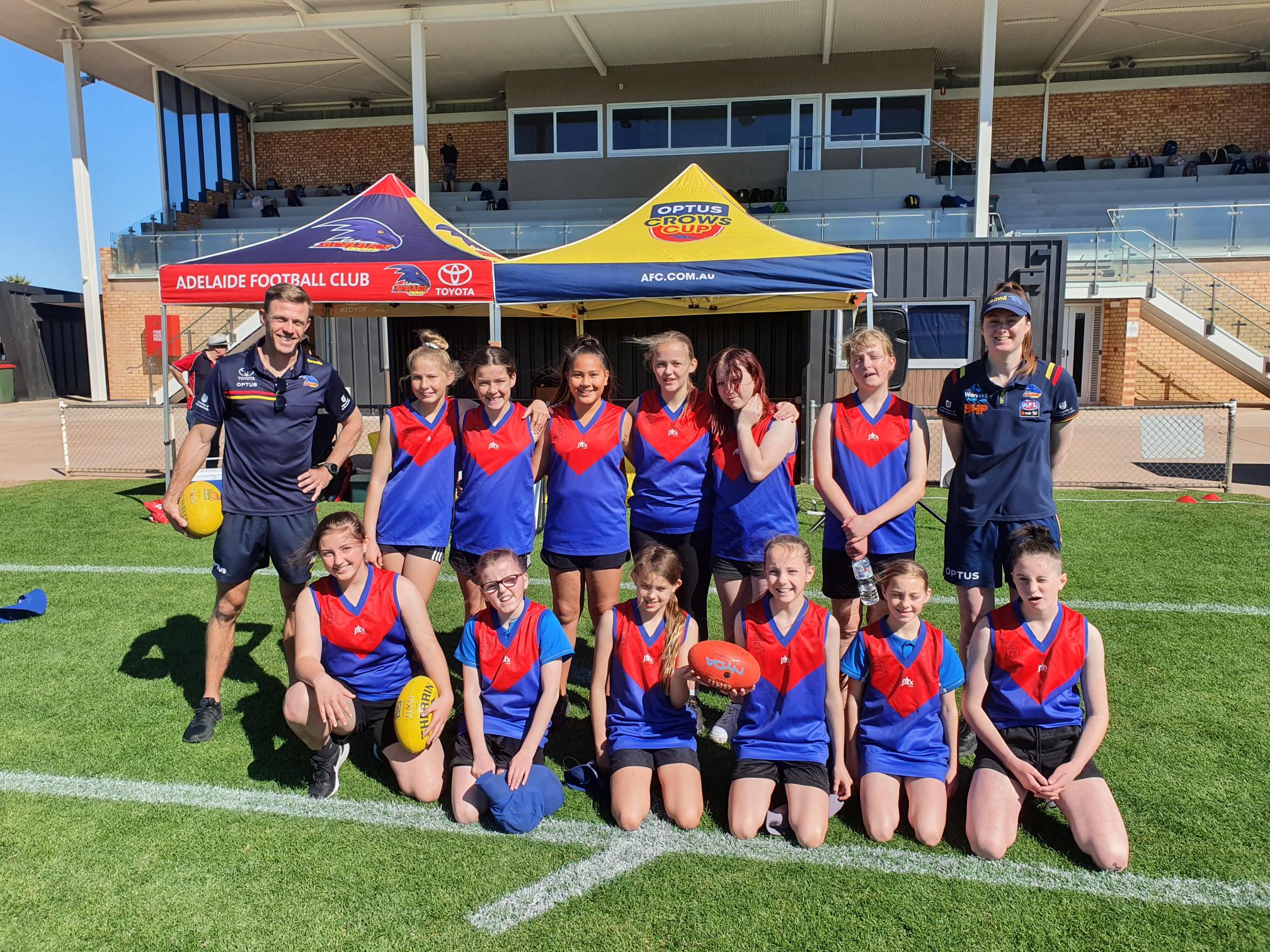 Check out our picks as they stand