This year's NAB AFL Draft has come and gone, and within days clubs will turn their attention to the 2020 pool.

Recruiters will be sent to different parts of the country to follow state Academy hubs on their pre-Christmas training camps, and some players will begin their training stints at different AFL clubs.

This is AFL.com.au's early look at the 2020 draft, with 10 names you'll be hearing plenty about throughout next year.

A knee injury he suffered earlier in the year made for a challenging season. Bruhn only returned late in the year after he missed Vic Country's under-18 carnival. He is lightly bodied but has nice skills through the midfield and is smart and classy around the stoppages. A high-impact player with his disposals.

The Swans will get first call on Campbell, who was named best-afield in the NAB AFL All Stars 'Futures' game on Grand Final day. Campbell is a midfielder who can slide forward, as he did in that game when he booted three goals from 14 disposals. Finds the ball at the stoppages and is able to cover the ground and be penetrating with the ball. 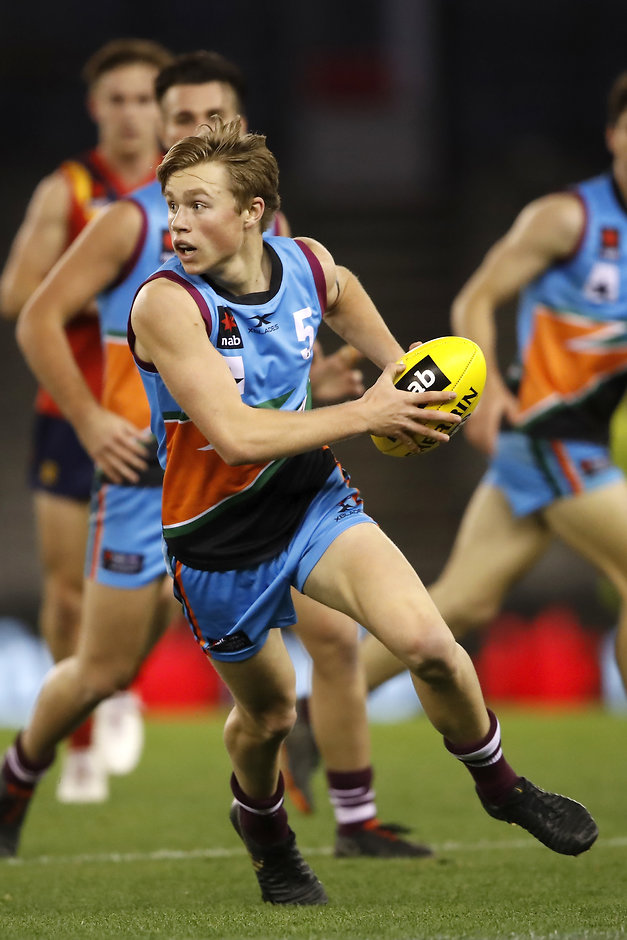 Gold Coast will be able to automatically list Davies as an Academy player at the end of next year and he looks like being a big benefit of their draft concessions. The tall midfielder, who comes from a high-level basketball background, has a damaging kick and is very clean at the stoppages. His agility and sharp mind in tight spaces means he should be a player to flourish in his draft season. 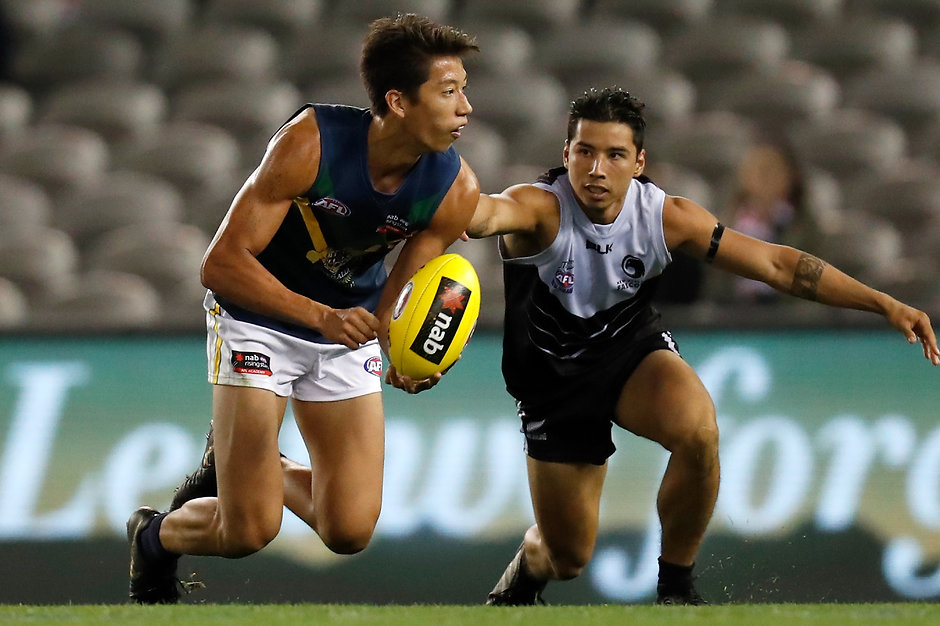 The potential Adelaide father-son selection had a very strong bottom-aged season, playing either as a midfielder or across half-back. He has the ability to move in a number of different spots and also featured in the reserves side at Glenelg. The son of Crows dual premiership player Tyson. 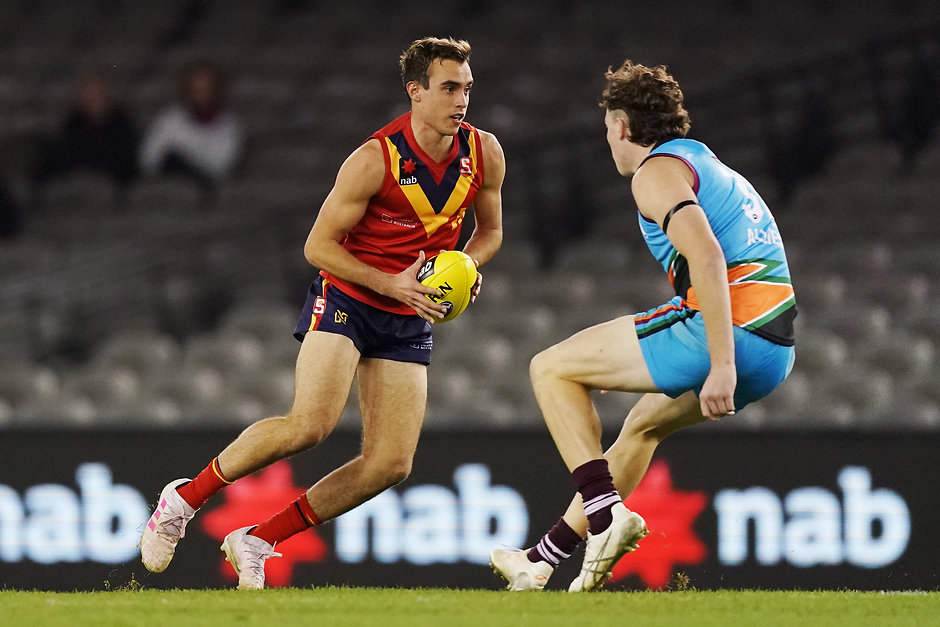 Grainger-Barras was an important member of Western Australia's triumphant under-18 carnival win, shoring up its back half with intercept marks and showing he will be one of the leading key defenders of next year's crop. Injury ended his season early but is regarded as a likely top-10 pick and the standout player in WA next year. 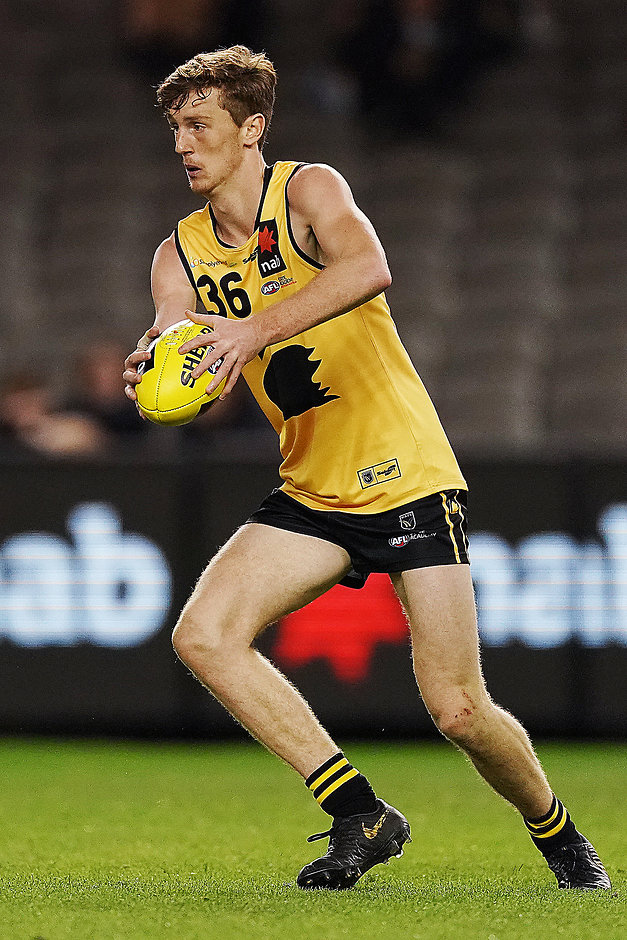 Hollands brings with him some real X-factor. He can play close to goal, where he's able to create and make opportunities when the odds look against him, but he can also be utilised as a big-bodied midfielder, as he was in the NAB AFL All Stars game. The 17-year-old had 24 disposals, five clearances and booted two goals in a dominant display. 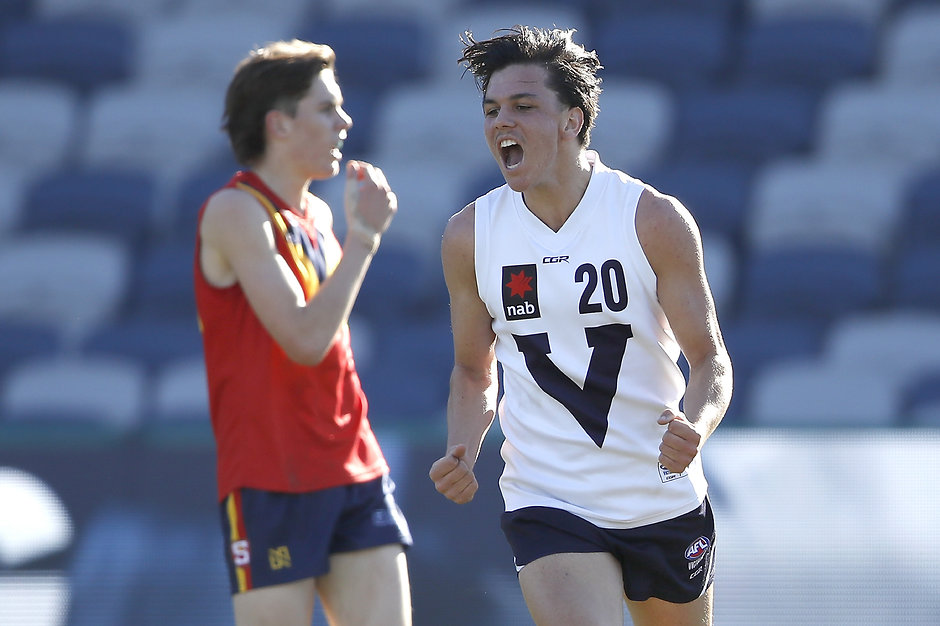 Perkins is a player who could skyrocket next year. His form at under-18 level and playing in under-17s 'Futures' games this season suggested he is right in the frame as a possible first-round pick. Perkins is a classy, smart half-forward who uses the ball well and creates opportunities for teammates. Next year he may spend more time in the midfield. Phillips looks one of the leading midfielders in the 2020 pool. The hard-at-it Oakleigh Chargers prospect averaged 22 disposals in the NAB League this year and was among the best players in their premiership win, kicking two goals from 16 disposals in the Grand Final. A bull at the stoppages, Phillips has a genuine hard streak and appetite for the contest but combines it with strong running power. Expect him to dominate next season.

The South Australian will be one to watch next year. Thilthorpe had an injury-interrupted season in 2019 but shapes as one of the talls of the 2020 crop, being capable of playing as a ruck and forward. Thilthorpe's versatility has even seen his athletic qualities used on the wing, where his marking and leap catches the eye. 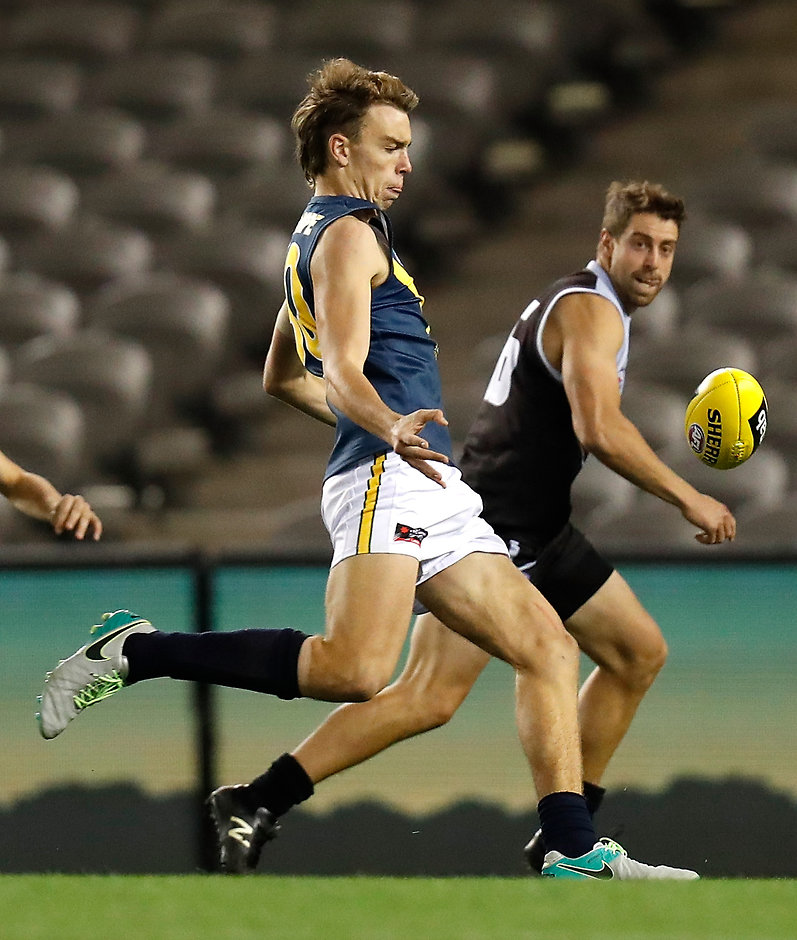 It was in the second half of the season that Ugle-Hagan showed why some recruiters have him pegged as the leading contender for the No.1 pick next year. The exciting tall forward kicked 24 goals from nine games for the Chargers, including four goals in a preliminary final and three majors in the qualifying final. He has strong hands on the lead and has a mercurial streak, too. The Bulldogs will get first access to Ugle-Hagan as part of their Next Generation Academy. Up Next Who you should barrack against in 2020: Adelaide's future picks
Why not share?
Share This Article

Who you should barrack against in 2020: Adelaide's future picks

Which picks each club has for the 2020 draft