Injuries forced Chris Knights to pull the pin on his football career earlier than expected.

But the former Adelaide and Richmond forward/midfielder always had one eye on his life post-footy.

Instead of dwelling on the blows he was dealt, Knights established a digital marketing business while on an AFL list.

That company, Zib Digital, has gone from strength to strength over the past decade with Knights as its CEO.

“I was quite entrepreneurial and I always had a passion for starting a business,” Knights, 35, said.

“There’s also plenty of opportunities within a football career to develop yourself outside the game and whether that’s through study or work experience, establishing or developing networks.

“I got a few people together and we launched Zib Digital and we started growing the business in my early 20s, I’d say.

“I just saw there was a new medium that was quite exciting that connected or related really well to a younger audience.”

Zib Digital now employs more than 120 staff and has offices in Melbourne, Adelaide and New Zealand. 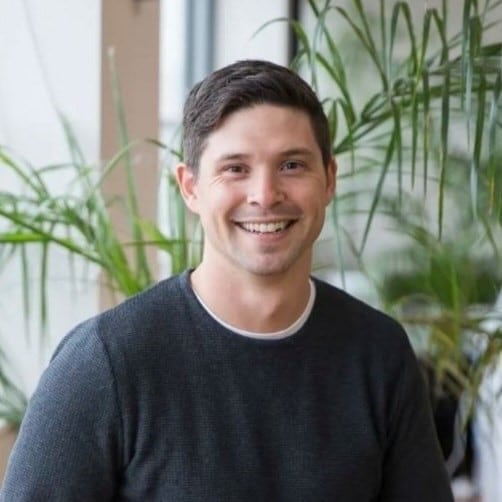 Knights, who lives in Melbourne and is a father of two boys - Harvey, 4, and Oscar, 2, - is proud of the company he has built.

“It keeps me out of trouble,” Knights said.

“I always hoped, believed and dreamed that I would be able to build something that was rewarding, challenging, that solved problems and that I could meet really great people from.

“But to actually see it come together is really rewarding and then it also gives you a lot of confidence to go on with it.”

Adelaide drafted Knights with pick No.56 at the 2004 AFL National Draft and he made his debut during his first year at West Lakes.

He played 96 games for the Crows and kicked 68 goals, before becoming the first player to switch Clubs through the AFL’s free agency system at the end of 2012 and crossed to Richmond.

Knights was on the Tigers’ list until he retired mid-way through 2015 and has not played footy since.

“I suffered a very bad injury in my first season at Richmond, against Port Adelaide of all Clubs, and that kept me out of the game for two years, unfortunately,” Knights said.

“I had multiple surgeries and what not and then I came back and as a consequence injured myself just through a lack of strength.

“At that stage I sort of lost the interest and the passion to perform at the highest level so I decided to pull the pin midway through that (2015) year.

“But I had also built a company so the time was right to step away.

I gave it my all and I had a fair crack and I am very grateful.

“I gave it my all and I had a fair crack and I am very grateful for everything I was involved in at the Crows and Richmond, but it was my time.”

Knights said the friendships he made during his AFL career were what he held dear.

“I was fortunate enough to play with so many good people, not only great footballers,” Knights said.

“I played on a half-forward flank with Andrew McLeod, shared fond memories with Ivan Maric and Nathan van Berlo, welcomed guys like Sloaney to the Club, who’s a local boy from Melbourne and watched how he developed and grew.

“Those are things you cherish and never forget.

“Now being involved in a group of past players led by Jamo (Rod Jameson) and Sammy Jacobs, I am just privileged to be involved in it.

“Hopefully when things open up I can actually get involved and introduce my family to the Club as well.”

Revealed: Adelaide’s Best Trade of All Time as voted by you

As voted by the fans, it’s revealed who won Adelaide’s best trade of all time