Adelaide’s AFLW side will go unchanged into its Round Two clash with the Kangaroos.

The Crows will take on North Melbourne at Norwood Oval on Sunday 16 January, with first bounce at 2.40pm.

Adelaide will look to make it back-to-back wins following its Round One defeat over Brisbane.

Senior Coach Matthew Clarke expected the Kangaroos to be another tough battle, particularly through the midfield, but was looking forward to game day.

“It’s going to be a cracking contest,” Clarke said.

“In terms of depth of midfield, they’re probably in the top three within the competition.

“To a large part, that will dictate the outcome of the game. Whatever side is able to get on top in that area will be really significant.”

Tickets for Sunday’s game are still available through Ticketek here.

Adelaide's Round Two side: 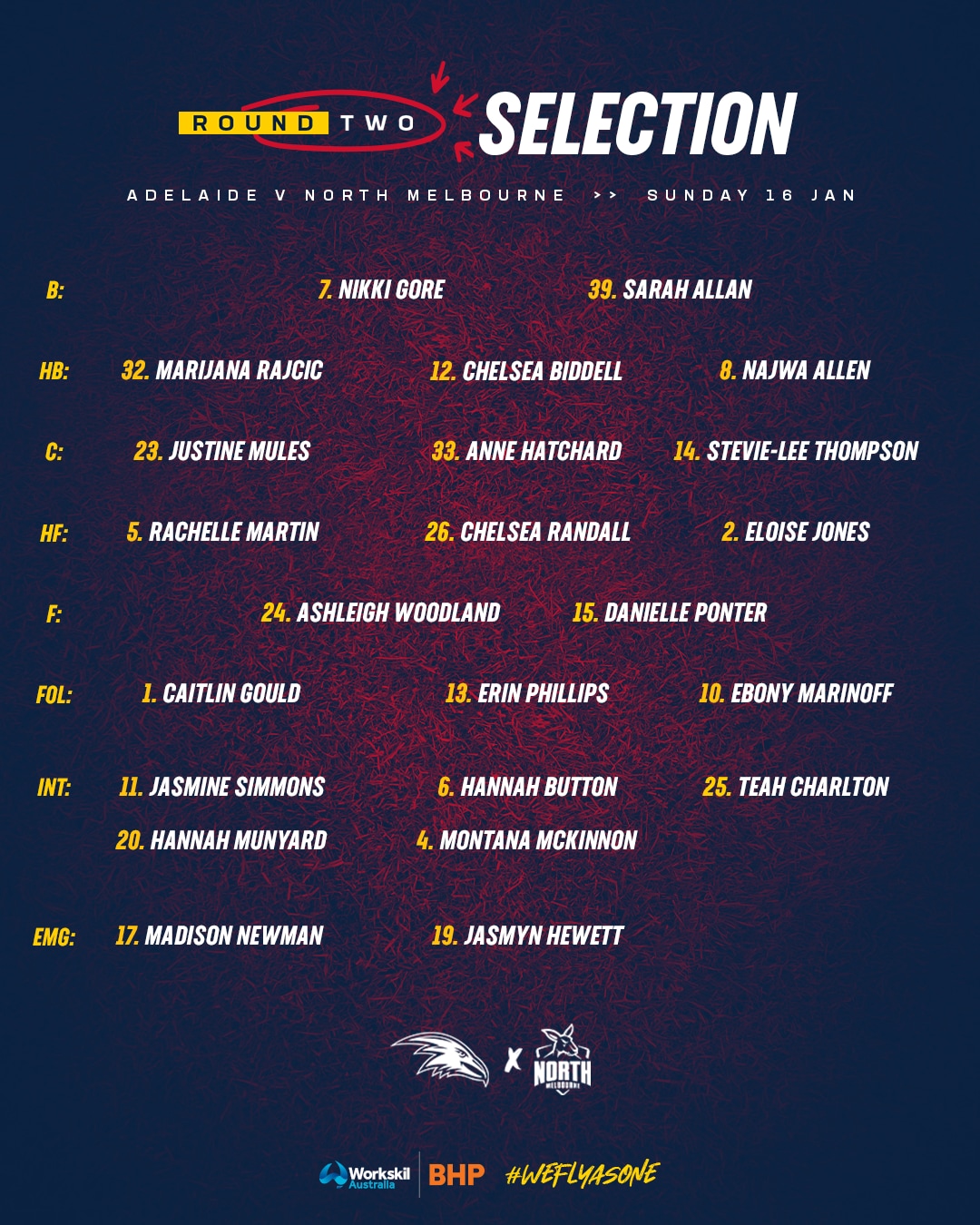