Adelaide has named two changes for its Round 10 clash with St Kilda at Adelaide Oval on Saturday night.

Key forward Riley Thilthorpe returns to the side for the first time since Round One.

Thilthorpe booted 12 goals in four games for Adelaide’s SANFL side before a minor knee injury and health and safety protocols led to a stint on the sidelines.

Small forward Lachlan Murphy also returns after a week off due to neck soreness sustained against Carlton in Round Eight.

Elliott Himmelberg and Lachlan Sholl have been omitted.

Sholl, Himmelberg, Luke Pedlar and Josh Worrell have been named on the emergency list, with one to be confirmed as the medical substitute one hour before the game.

Adelaide will wear its Indigenous guernsey in the AFL for the first time this year, following in the footsteps of the Club's SANFL and AFLW sides.

Tickets to the game are still available here.

Adelaide’s Round 10 team is: 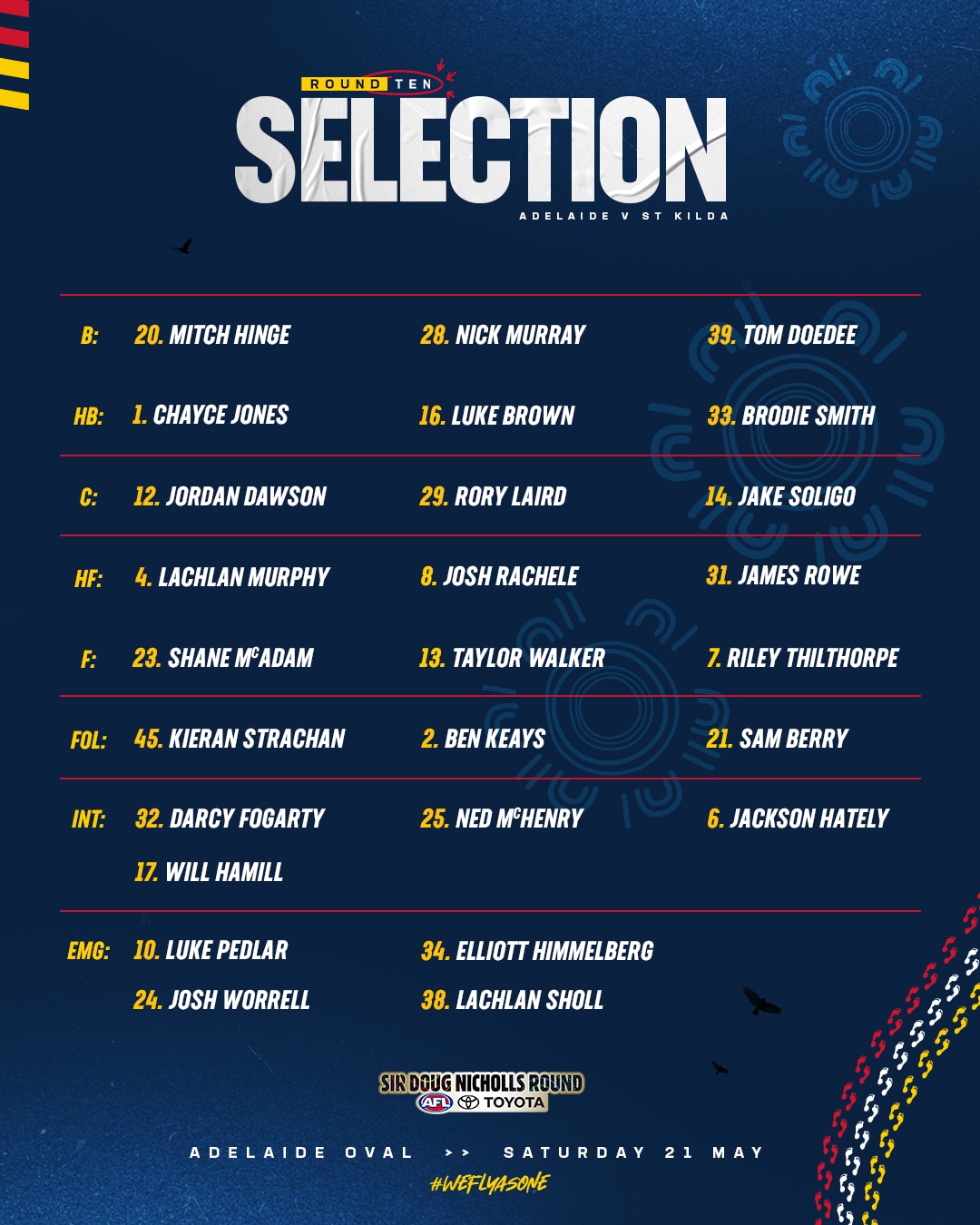