Adelaide has made two changes to its side set to face West Coast at Adelaide Oval on Saturday.

Key forward Taylor Walker returns following a week out due to health and safety protocols.

As announced on Wednesday, young defender Patrick Parnell will make his AFL debut.

“Since being drafted in the mid-season draft 12 months ago, Patty has committed himself fully to make the most of his opportunity,” Kelly said.

“He has made significant gains over this time and at all stages has shown real determination.

“Patty is an elite ball user and excellent decision maker who does not shy away from the contest.

“The warm response of his teammates to the news of his debut shows the respect he has earned from our group.”

Jordon Butts will miss the Round 12 clash after suffering a concussion against Geelong on Saturday.

Luke Brown was unavailable for selection due to health and safety protocols.

Adelaide Oval will host a Crows double-header on Saturday with the AFL side starting at 1.15pm ACST, followed by the SANFL team’s clash with Sturt (4.30pm).

The Club will also be partnering with Breakthrough, the Mental Health Research Foundation at Saturday’s game to raise awareness about suicide prevention.

The Crows’ social channels will be turning purple and those looking to support can buy a Breakthrough beanie at the ground.

Adelaide’s Round 12 team is: 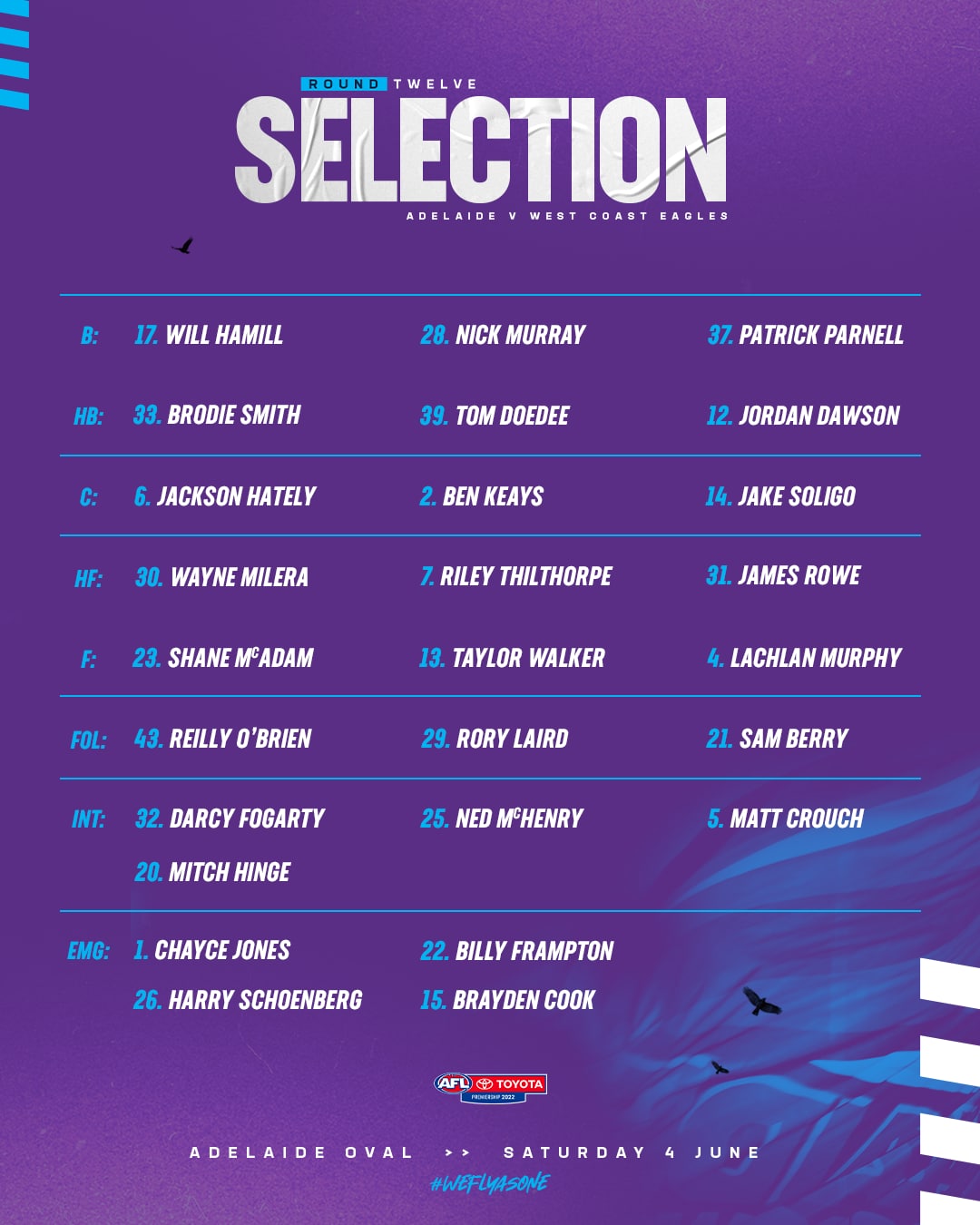