Adelaide will go in unchanged for Sunday's Round 21 clash with West Coast.

Ben Davis, Billy Frampton, Lachlan Sholl and Jackson Hately have been named as emergencies, with one to be confirmed as the medical substitute one hour before the game starts.

“We didn’t have one weak link on the weekend, every one played a role," Nicks said.

“It’s nice to be able to back the guys in who played really well last week."

Adelaide will face the Eagles at Optus Stadium, with Nicks wary of a "huge challenge" in Perth.

“(It's) a tough road trip at the best of times against West Coast, but we’ve also got Josh Kennedy playing his final game," he said.

“He’s been an incredible player for that footy Club (and) it’ll be a great experience for our guys, but a challenging one.

“I can imagine the first five or 10 minutes will be red hot.”

The game will be televised live on Channel 7 in Adelaide and nationwide on Fox Footy.

Adelaide's Round 21 team is: 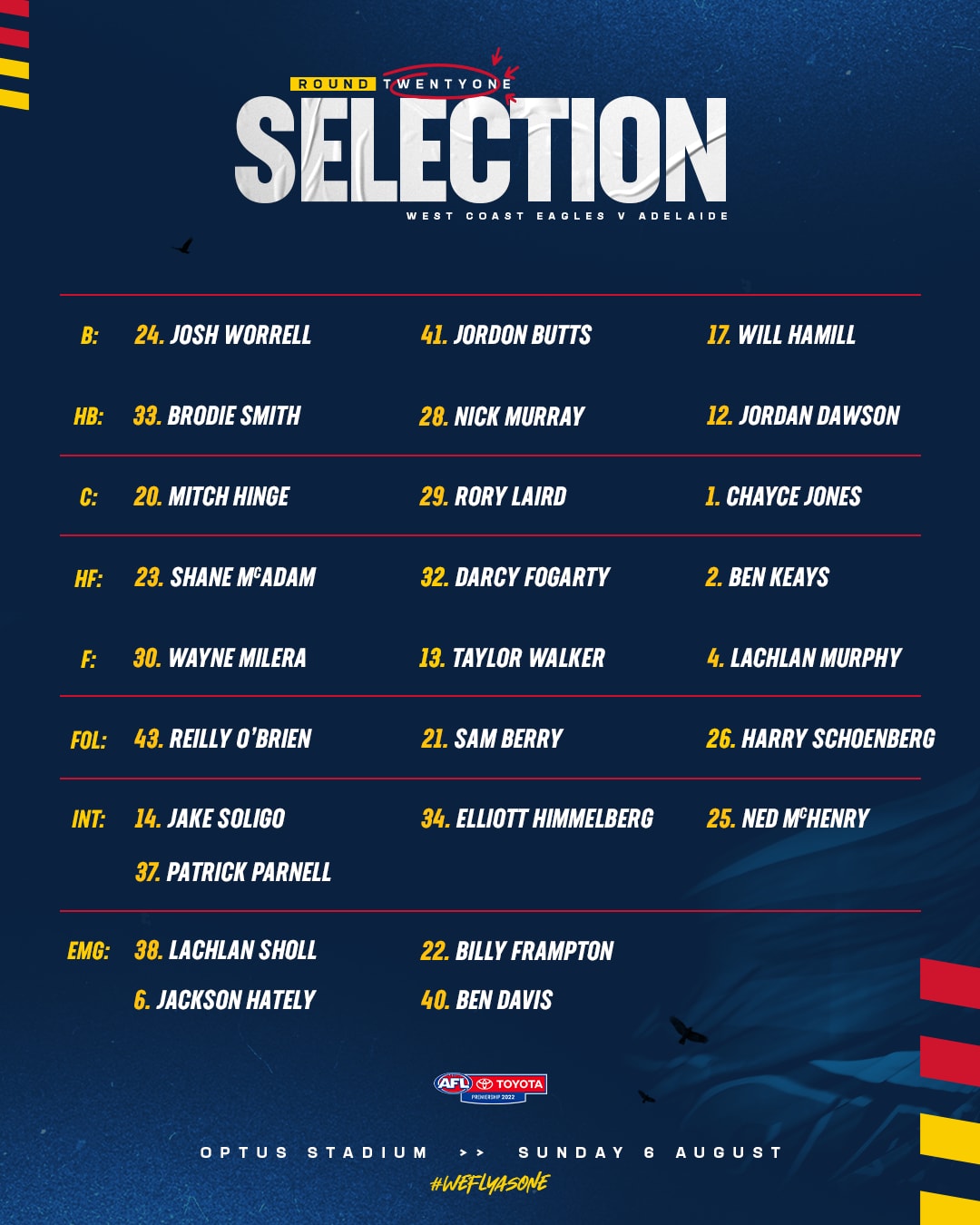 The forward joined the Crows’ SANFL side in 2019