Adelaide will have co-captains for the first time in its history with Taylor Walker and Rory Sloane to share the responsibility in 2019.

Walker has led the Club as sole skipper for the past four seasons while Sloane has been elevated after previously serving as vice-captain.

The decision to appoint the 28-year-old duo was made by Senior Coach Don Pyke and the Club’s key management.

Walker, who has twice been judged by his peers as the AFL’s best captain, has played 167 games and kicked 383 goals as one of the game’s influential forwards.

Pyke said the co-captaincy made sense given the growing demands of the role and the leadership capabilities of both players.

“Taylor and Rory are outstanding young men and athletes who are very passionate about our football club and are committed to playing out their careers at the Crows,” he said.

“They are great mates and their leadership skills and qualities complement each other, and having two hard-working and highly driven people in the role can only be a positive.

“Taylor is a proven leader and highly respected within our Club and across the competition, while Rory has taken his leadership to a new level and will thrive on the added responsibility.” 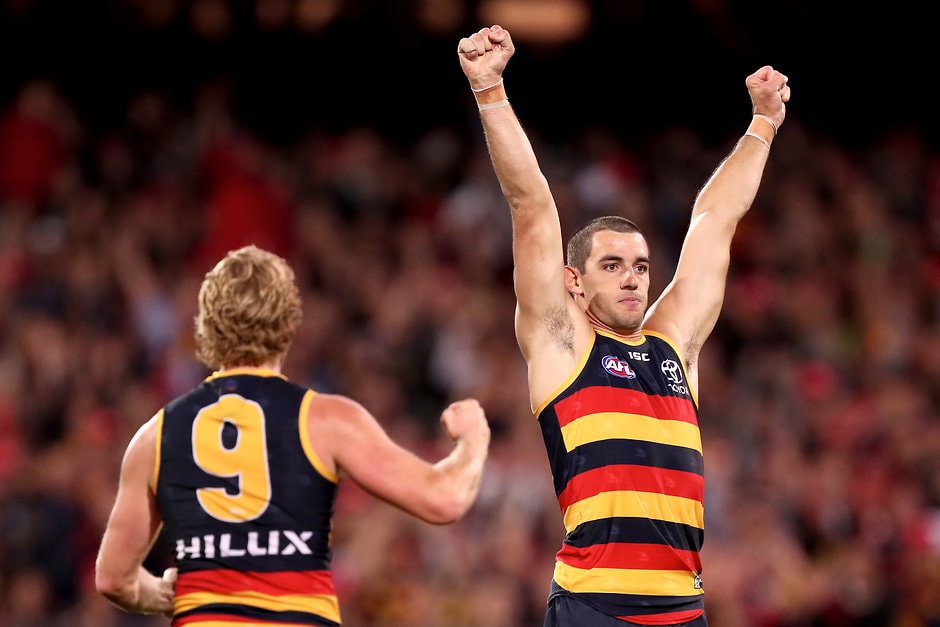 Walker said he considered it a privilege to continue as captain and looked forward to the season ahead.

“I have the utmost faith and confidence in this playing group and it has been great to see the progress we have made during the pre-season,” he said.

“There is real willingness to work hard and the boys are committed to getting the best out of themselves and each other.”

Sloane said he was honoured to join Walker, as well as others like Mark Bickley, Mark Ricciuto and Simon Goodwin, as a captain of the Crows.

“I am honoured to join Tex as captain of the club and am excited about the two of us working together to lead the playing group,” he said.

“I want to do whatever I can to help us achieve the ultimate success which is winning a premiership.”

In coming weeks Adelaide will finalise the remainder of its Senior Leadership Group based on who best epitomises the squad’s values and behaviours.