O’Brien crowned 2020 Crows Club Champion Skip to main content
Catchup on all the latest action from ${round}!
Previous
Next
Loading…
Watch every match live and on-demand...
Loading…

The 25-year-old finished on 81 votes, edging out 2018 Club Champion Rory Laird (80) and defender Luke Brown (76) in a dramatic count at the Adelaide Convention Centre.

O’Brien first claimed the lead after Round Seven and remained atop the leaderboard for the next nine rounds.

Laird’s stunning run of midfield form saw him move past O’Brien at the completion of Round 17, polling 30 votes in the four-game block between Round 13 and Round 17.

The dual All Australian was the only Crow to register a ‘perfect 10’ this season, polling maximum votes in Adelaide’s Round 16 win over Greater Western Sydney.

Trailing by a solitary vote prior to the Round 18 clash with Richmond, O’Brien compiled a best-on-ground performance, claiming seven votes to Laird’s five to leapfrog his teammate and take home the coveted gold jacket. 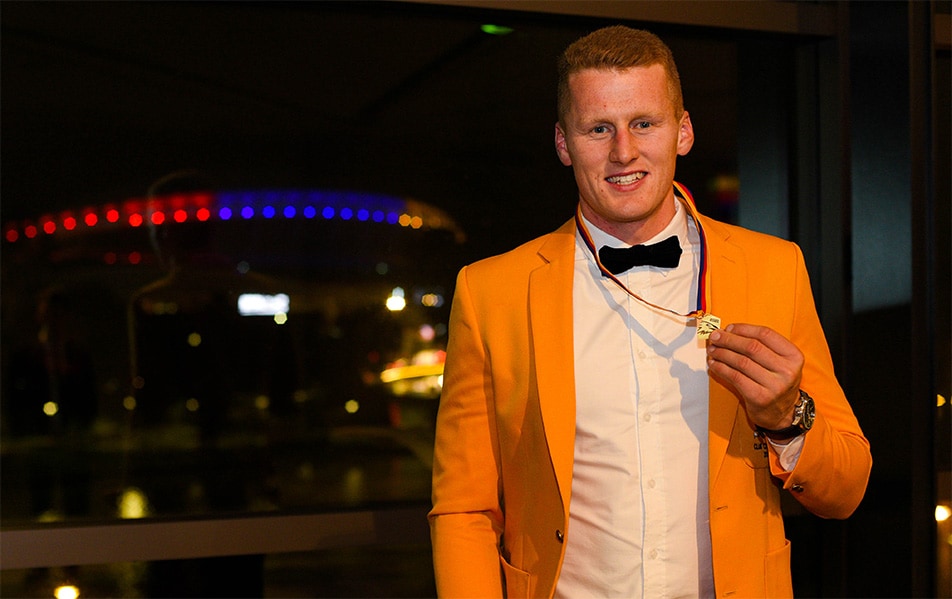 He becomes the second least experienced player to take home the Club Champion award, behind only Matt Connell (1995, 24 games).

In an outstanding season, O’Brien finished fourth in the AFL for contested marks (33) and fifth for hitouts (464) and hitouts to advantage (136).

It is Laird’s fifth podium finish in the last six years and Brown’s first of his career.

A new voting system was introduced this year, with Adelaide’s senior coach and three line coaches collectively grading each player’s performance on a 0-10 scale following each round.

The ruckman played every game this season