Experienced sports administrator Nick Takos has joined the Adelaide Football Club’s Board of Directors after claiming victory in an independently run election.

He was among four candidates, which included incumbent Kym Ryder, standing for one vacancy as a Member-elected Director.

The election process included an online ballot and was run by CorpVote.

Takos has spent more than two decades in sports management positions, across football, cricket and netball, while also filling a volunteer role with Adelaide’s past players and officials group.

“On behalf of the Board, management, staff, coaches, players and Members, I congratulate Nick on his appointment and welcome the perspective he will bring,” Olsen said.

“The annual nomination and election process is an important part of our governance structure and provides Members with an opportunity to influence the running of the Club.

“I would also like to thank Kym Ryder for the time and energy he has invested while serving as a Board Director over the past two years.”

Takos, who claimed 31 percent of the vote, is excited about returning to the Crows in an official role, having worked at the Club for 14 years starting in the 1990s.

He has also completed a PhD in leadership within AFL Boards, having previously researched 10 clubs across the League.

“I am obviously ecstatic with the result and look forward to joining the Board of Directors and representing our Members,” Takos said.

“With the current position the Club is at and the skills I can bring, I felt it was the right time for me to contribute at Board level.

“I am focused on putting the Club first at all times, I have a selfless approach and am excited about getting to work with all of the people that are connected with our Club.

“Thanks to all the friends, family and Club members who either voted for me, or informed others I nominated. I appreciate the trust in me and take the responsibility very seriously.”

Olsen has now completed his casual term and has been appointed for a further three-years as Chairman, while fellow appointed-Directors Kate Ellis and Linda Fellows have also had their tenures extended with the latter elected Deputy Chair. 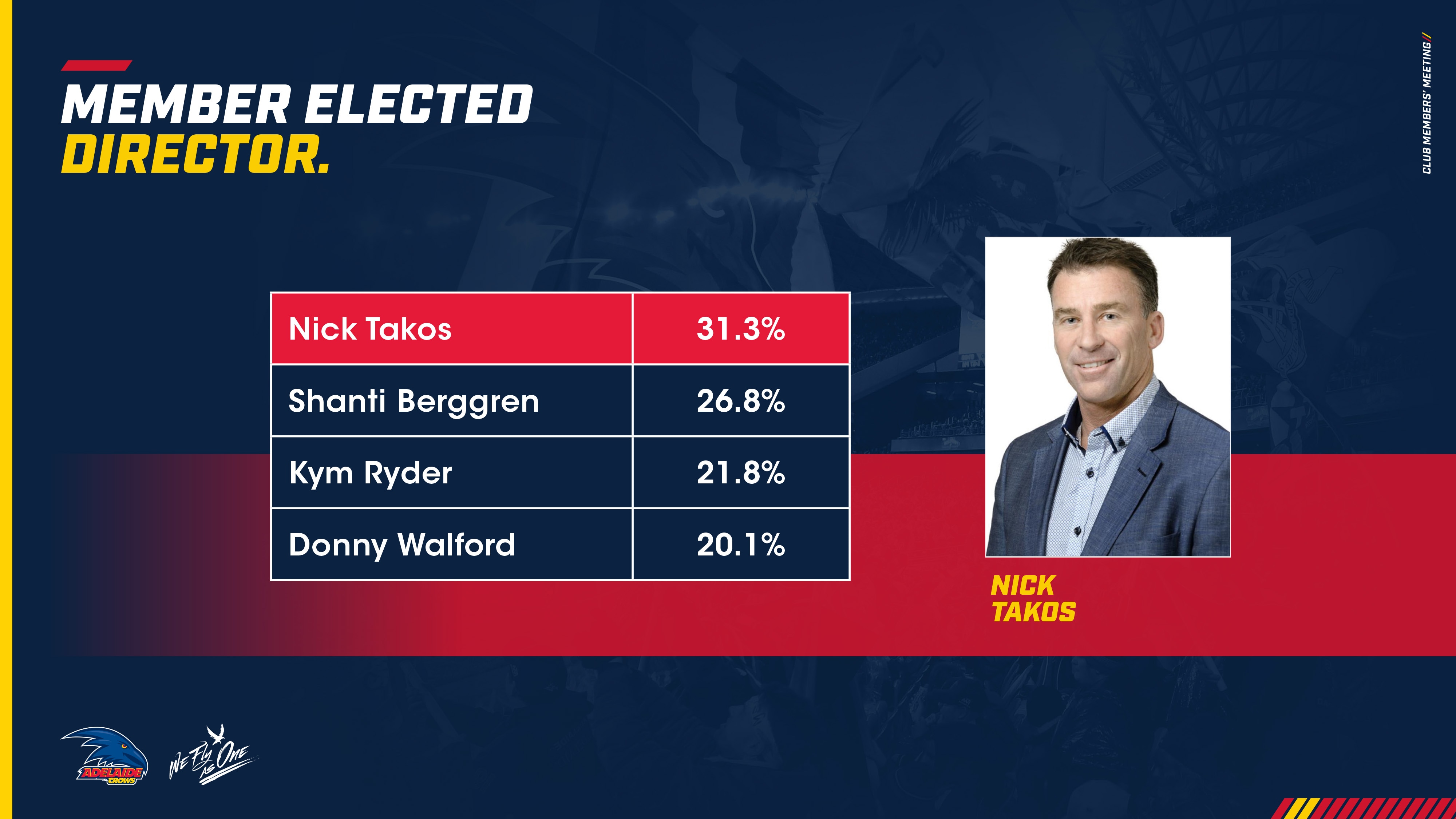 Tune in from 6pm ACDT on Wednesday evening