All Australian midfielder Matt Crouch is set to make his return to competitive football after being named in Adelaide’s squad to take on Port Adelaide at Noarlunga Oval on Sunday.

Crouch missed last weekend’s practice match with groin soreness but has completed the required training sessions during the week to be declared fit for the Community Series clash.

Former Brisbane Lion Mitch Hinge has been promoted to the senior squad and is expected to replace Jake Kelly (hamstring) in Adelaide’s back six.

He will join train-on player Nick Murray and young defender Jordon Butts in key roles trying to quell one of the competition’s most potent forward lines.

Crows’ fans will also get their first glimpse of draftees Riley Thilthorpe and Sam Berry against AFL opposition, with the pair named on a six-man interchange.

Thilthorpe booted four goals in an exciting performance in the SANFL trial last week, while Berry impressed with his hard work around the contest.

The teenage duo will have their game time managed by the Club’s high-performance team.

Sunday’s clash gets underway at 3.40pm ACDT, with the game to be broadcast live on Fox Footy and Kayo.

The game was declared a sell out on Friday, with no further tickets to be released for sale. 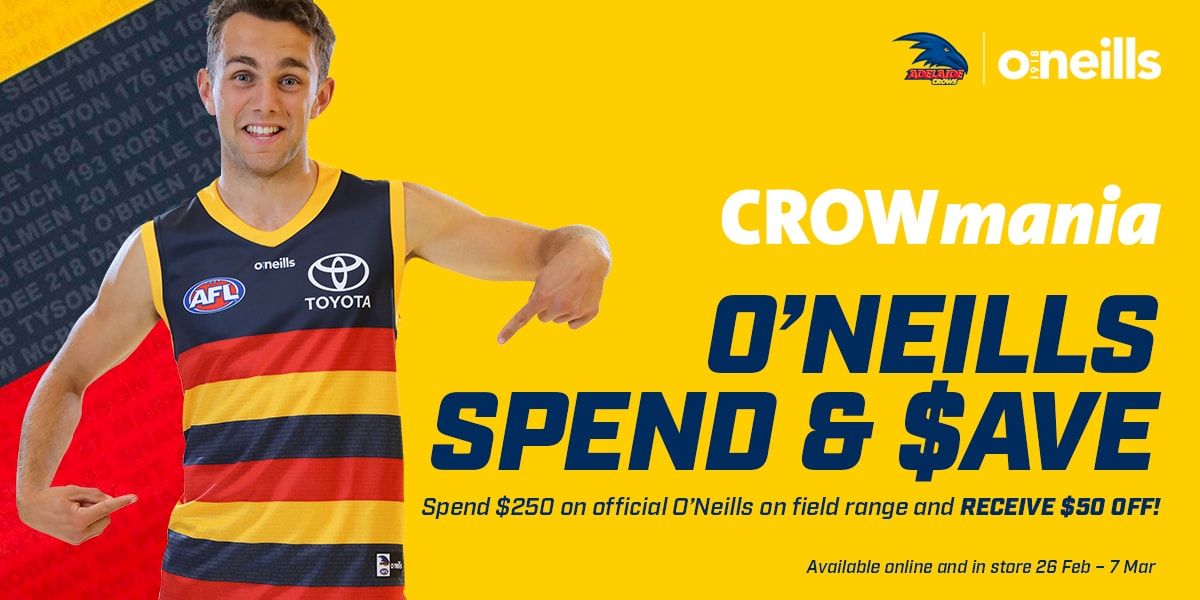