Adelaide has made two changes for Saturday afternoon's clash with Sydney at the SCG.

Veteran David Mackay has been named as a replacement for injured defender Luke Brown (Achilles), while Nick Murray will make his AFL debut against the Swans in place of Jake Kelly (concussion).

Murray, 20, will debut in his home state less than three weeks after officially joining the Crows as a rookie.

He becomes the Club's third AFL debutant in 2021, following James Rowe and Sam Berry, who have both retained their positions.

Chayce Jones, Josh Worrell, Darcy Fogarty and Elliott Himmelberg have been named as emergencies, with one to be confirmed as the Crows' medical substitute one hour before the game.

Last week's medical substitute, Mitch Hinge, will not play this week after suffering a shoulder injury in the Round One win over Geelong.

Saturday's game gets underway at 1.45pm AEDT/1.15pm ACDT and will be broadcast live on Fox Footy and Channel 7 Adelaide.

Adelaide's Round Two team is... 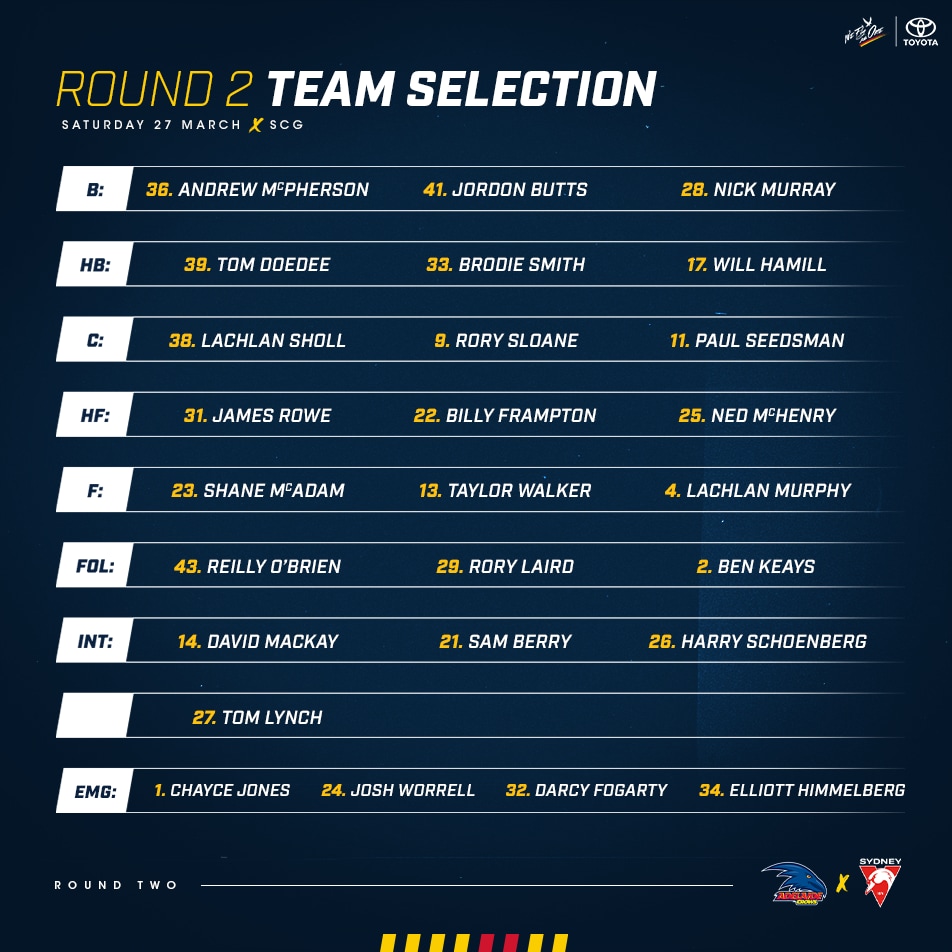 Crows training session at the SCG