Adelaide has made one change for Sunday’s clash with North Melbourne at Marvel Stadium after captain Rory Sloane was ruled out on Friday due to an eye injury.

Coach Matthew Nicks was hoping to go into the game unchanged, however the injury to Sloane has opened the door for Darcy Fogarty to play his first senior game of Season 2021.

Fogarty was among the Crows’ best in their SANFL season opener last weekend, finishing with 14 disposals, five inside 50s and a goal in a role alternating between midfield and forward.

Chayce Jones, David Mackay, Nick Murray and Elliott Himmelberg have been named as emergencies, with one to be confirmed as the Crows' medical substitute one hour before the game.

Forward Tom Lynch is set to play in his 150th game for the Club against the Kangaroos, while former Lion Ben Keays will line up for his 50th AFL game.

Tom Doedee will be Adelaide’s stand-in captain in the absence of Sloane.

Sunday’s game commences at 1.10pm AEST/12.40pm ACST and will be shown live nationwide on Fox Footy.

The game will also be shown on-delay on Channel 7 in Adelaide from 3.30pm ACST.

Adelaide's Round Four team is... 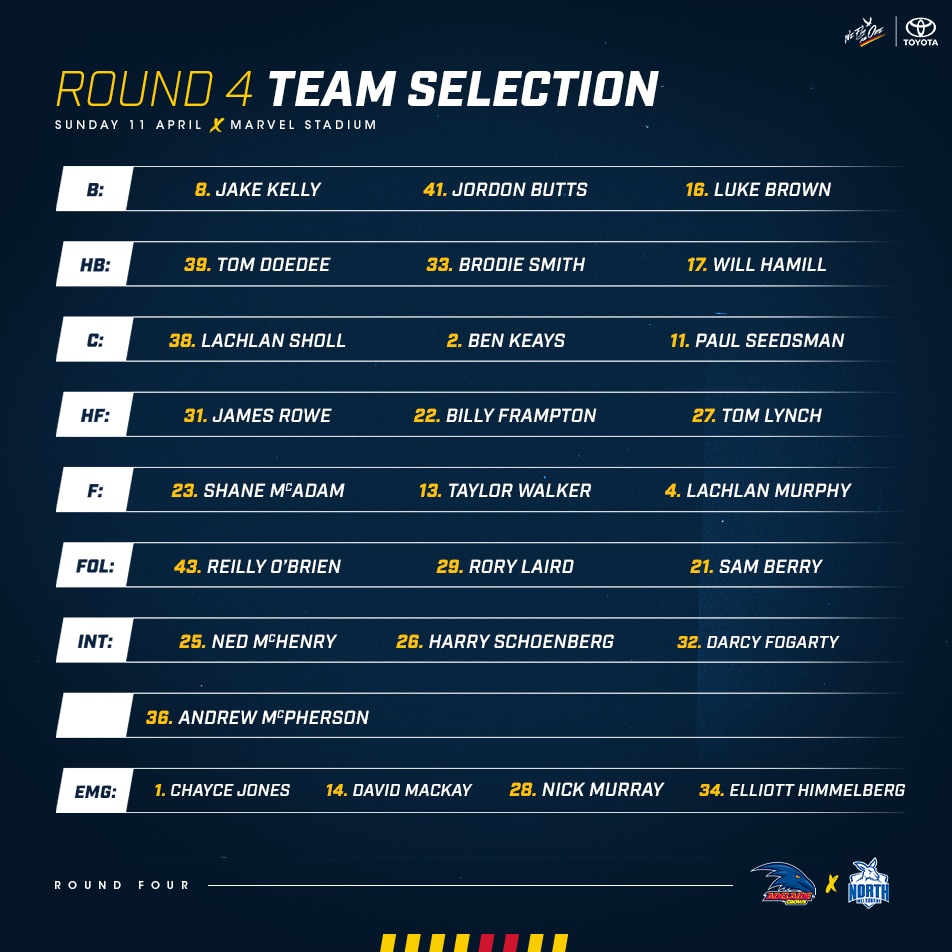 IN: Fogarty
OUT: Sloane (eye)

AFLW Grand Final: How to guarantee your tickets