Rookie defender Nick Murray has been named to play his second AFL game in Saturday’s clash with Greater Western Sydney at Adelaide Oval.

Before joining the Crows ahead of the 2021 season, Murray played eight games for the Giants’ NEAFL team in 2019.

The 20-year-old defender is one of three inclusions to take on the Giants, alongside veteran utility David Mackay and first-year midfielder Sam Berry.

Will Hamill will miss one-to-two weeks after rolling his ankle against the Hawks on Sunday while Darcy Fogarty has been omitted from the final 22.

Luke Brown has been ruled out due to an Achilles injury.

Senior forward Tom Lynch was not available for selection due to a toe injury.

Fogarty, Chayce Jones, Josh Worrell and Billy Frampton have been named as emergencies, with one to be confirmed as the Crows’ medical substitute one hour before the game.

Saturday’s game commences at 1.40pm ACST. It will be shown live on Fox Sports 3 nationwide and on Channel 7 in Adelaide and Sydney.

Adelaide’s Round Seven team is… 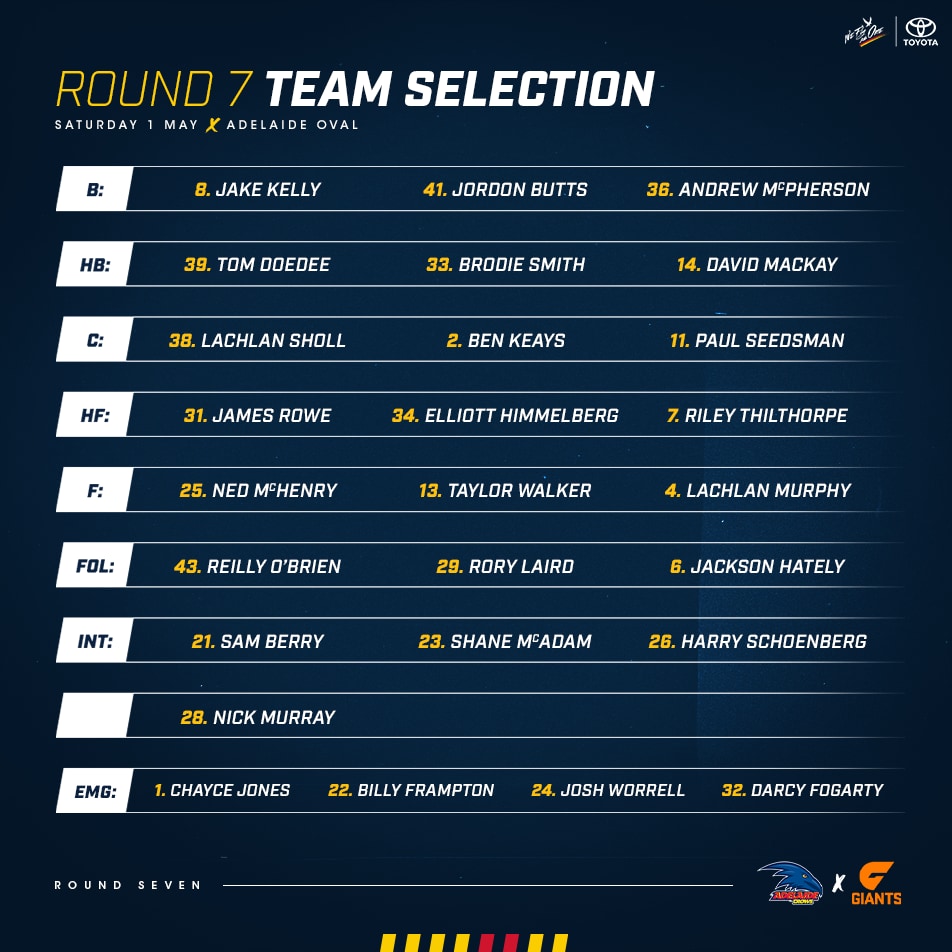