O’Connor will replace Sam Berry, who suffered a concussion against Richmond in Round 11.

Defender Will Hamill has also been added to the side following his medical substitution appearance on Sunday.

Nick Murray has been omitted.

The Crows will take on Collingwood at Adelaide Oval on Saturday despite uncertainty earlier in the week regarding the venue.

Adelaide’s Senior Coach Matthew Nicks said he was grateful to be playing in South Australia.

“We’re lucky to be playing a game of football in our home state,” Nicks said.

“We look forward to that and hopefully we can put on a good show for our members and supporters.”

Murray, Andrew McPherson, Billy Frampton and Jackson Hately have been named as emergencies, with one to be confirmed as the Crows’ medical substitute one hour before the game.

Saturday’s game commences at 4.05pm ACST. It will be shown live on Channel 7 in Adelaide and nationwide on Fox Footy.

Tickets to the game are still available here.

Adelaide’s Round 12 team is: 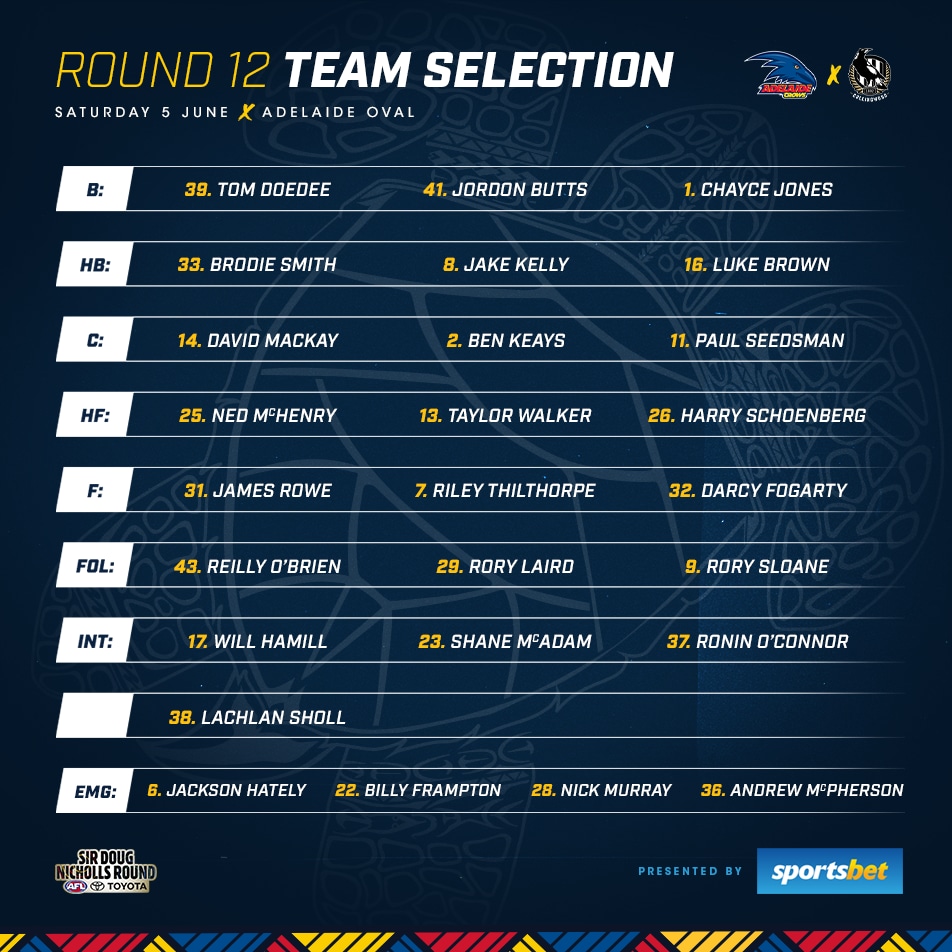