Adelaide has finalised its 22 for Sunday’s Round 15 clash with Carlton at Marvel Stadium.

As announced on Thursday, Luke Brown returns to the side after overcoming Achilles soreness.

“Browny adds that element of experience back there,” Senior Coach Matthew Nicks said on Friday.

“He’s that balanced head that at times when we need him, he can step up and lead that group. It’s nice to have that experience alongside you. He’s super important.

“He also plays that important role on a really dangerous small forward for the opposition.

“To have an experienced player also doing a really important job or an important role is something that we value highly.”

Lachlan Sholl has also been named after serving as an unused medical substitute against St Kilda in Cairns.

Josh Worrell and Andrew McPherson have been omitted.

McPherson, Jackson Hately, Nick Murray and Elliott Himmelberg have been named as emergencies, with one to be confirmed as the medical substitute one hour before the game.

Sunday’s game commences at 3.40pm ACST (4.10pm local) and will be televised live on Channel 7 in Adelaide.

The game will also be televised nationwide on Fox Footy.

Adelaide’s Round 15 team is: 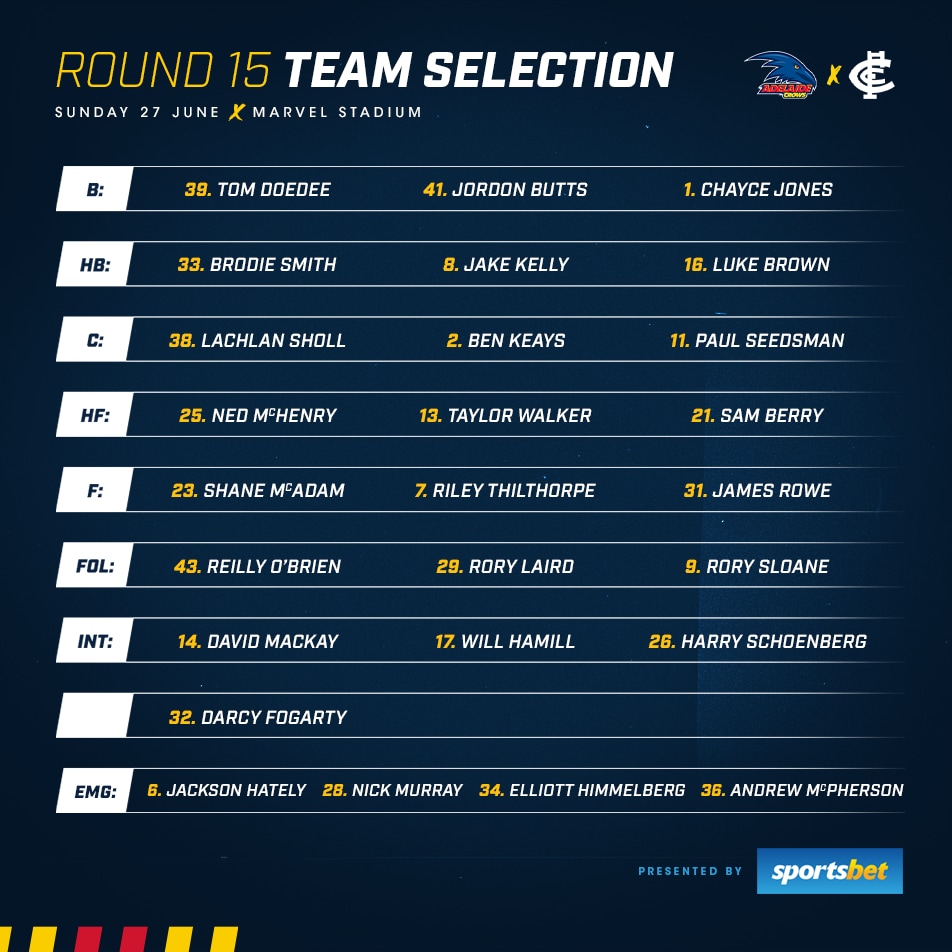 Matthew Nicks says the players are ready to bring the pressure against Carlton this Sunday.