Two Crows have been named in the AFL Players’ Association 22Under22 squad for 2021.

Rising Star nominee Harry Schoenberg and impressive young defender Jordan Butts have both been selected for the 40-man squad after stellar seasons at Adelaide.

The young Crow has played every game this season in an impressive run of form and was named the Round 19 Rising Star after a strong showing against Hawthorn.

Facing off against some of the league’s best key forwards since his debut in Round 13, 2020, Butts has averaged 5.6 spoils and five contested one-on-ones this year.

To be eligible for selection, players must be aged 22 years and under for the entirety of the season, including the finals series.

Fans will have the opportunity to vote for Schoenberg and Butts to be selected in the final 22Under22 squad.

Fans can visit 22under22.com.au to cast their vote, before the final team is revealed on Tuesday, August 24. 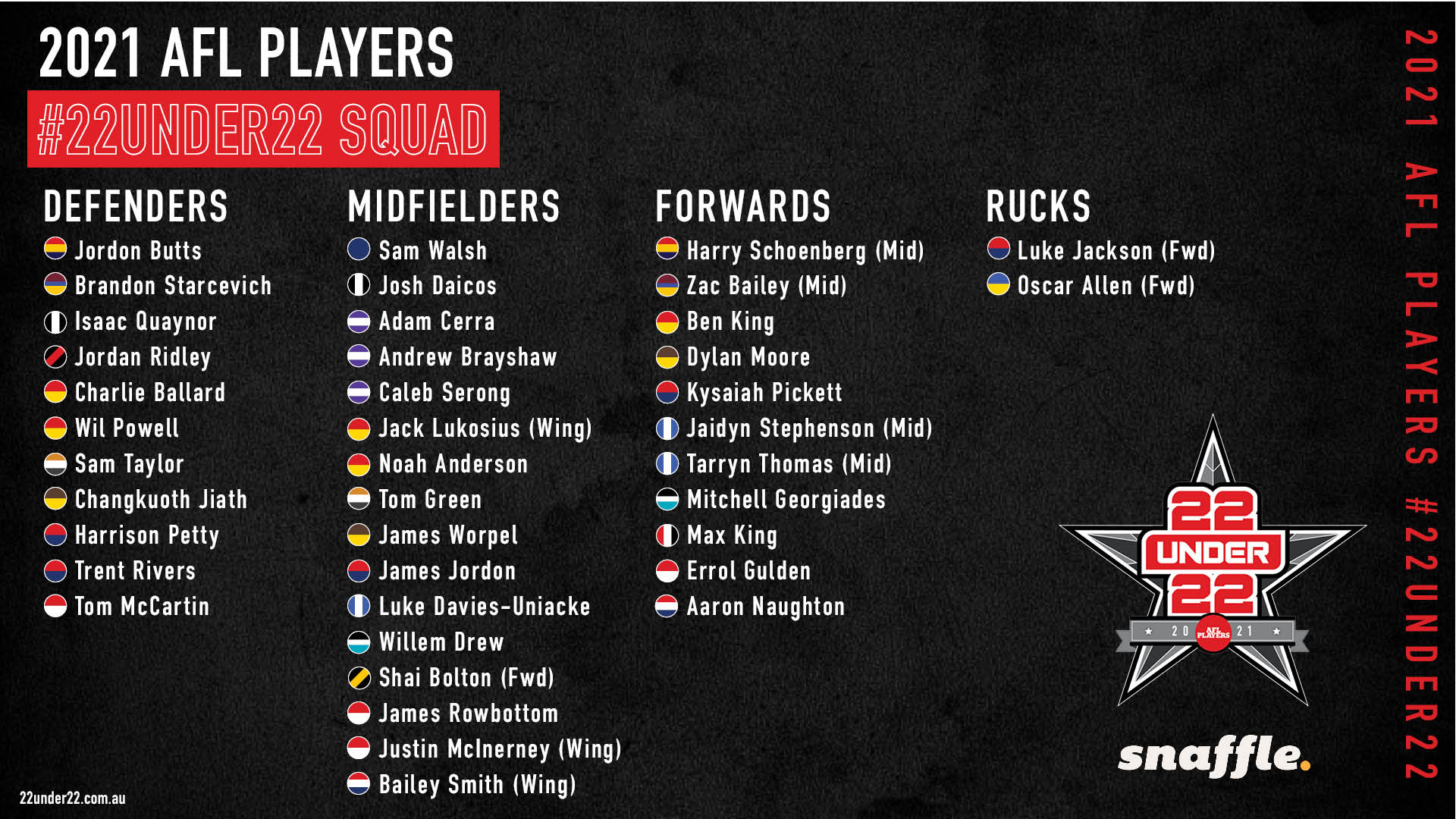 The ruckman will miss this weekend's clash with Melbourne