Much is known of Adelaide midfielder Anne Hatchard’s switch from basketball to becoming one of the AFLW’s top midfielders.

The 23-year-old went from junk food to clean eating and bicep curls, dramatically changing her lifestyle in the past three years as she strived to take her footy to another level.

But teammate Marijana Rajcic has revealed Hatchard, a naturally gifted athlete who was prolific in the Club’s Round One win against Brisbane, could have also starred in another sport.

“She (Hatchard) is a phenomenal athlete and a human, and she’s so hardworking,” Rajcic said.

“I actually taught Hatchy at school and I made her a soccer goal keeper for me at a carnival because I was like ‘she’s that good, she can play anything’.

“To see her from a 14-15 year old at high school to now has been an amazing transformation and hats off to her, she just continues to work on herself and get better each and every day.”

The Crows will look to make it two wins from two when they take on the Kangaroos at Norwood Oval this Sunday.

North Melbourne is also coming off an opening round victory after triumphing against Geelong by eight points.

Rajcic told the media on Wednesday she expected the battle to be tough, but was confident the Crows would put up a strong performance as they returned to Norwood.

“They’ve been up there the past few years so, similar to Brisbane, there’s going to be a lot of heat coming from both ends.

“I’m just excited to have another game and see how we go.”

Adelaide plays North Melbourne at Norwood Oval on Sunday with the first bounce at 2.40pm and Rajcic is encouraging fans to head along to the match.

“I love playing at Norwood Oval, it was the first ground where I ever played a game of football,” Racjic said.
“I am really looking forward to getting back out there and hopefully we can have as many fans out there.”

For information on how to buy tickets, click here. 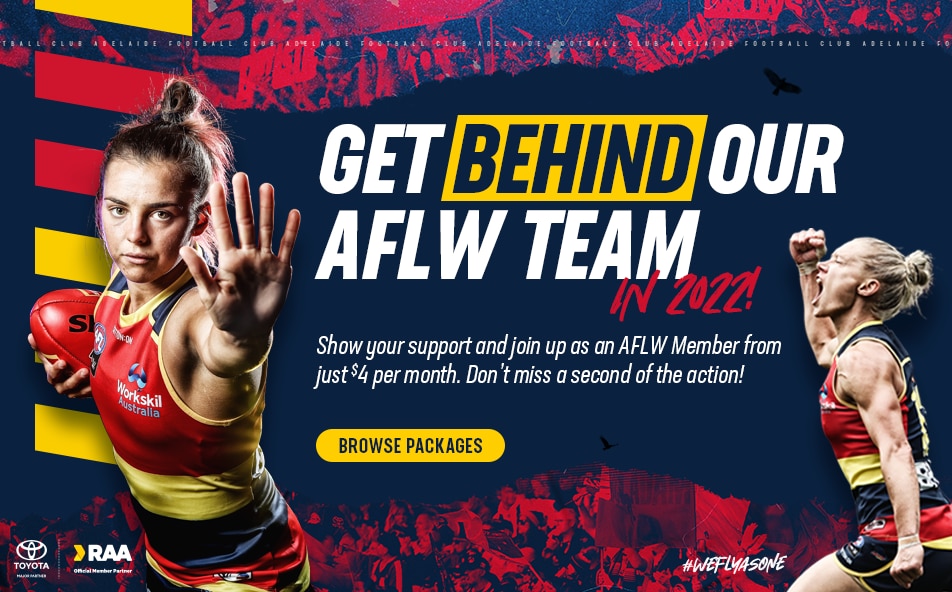