Crows forward Riley Thilthorpe will return to the side for Adelaide’s Round 16 clash against Melbourne following a week on the sidelines due to an ankle injury.

Thilthorpe will be one of three changes made to the Crows team, which will take on the Demons at Adelaide Oval on Saturday afternoon.

Lachlan Murphy will also return to the line-up, as will Chayce Jones.

Will Hamill (concussion), Shane McAdam (ankle) and Ned McHenry (knee) come out of the team, all due to injury.

Hamill sustained a concussion in the third quarter of the win over the Kangaroos and will not take to the field this weekend while under the AFL’s concussion protocol.

“We went into the week knowing that Will Hamill would be unavailable and that it would be highly unlikely that Shane McAdam would have enough time to improve, especially given we have had a six-day break,” Crows Head of Football Adam Kelly said.

“Ned McHenry has been managing knee soreness for a few weeks now and had a flare up following a contest in Sunday’s game.

“Even though Ned was able to play out the game, we have chosen to exercise caution and give his knee strain a chance to improve by not playing him this weekend.”

Kelly said Thilthorpe was ready to come back into the team, while Murphy and Jones would also add to the side.

“Riley Thilthorpe has recovered well from his ankle strain and comes back into the team along with Lachie Murphy, whose pressure as a small forward will be really important, especially given Ned’s absence,” Kelly said.

“Chayce Jones, who was the medical sub last week, really impressed when he came onto the ground and has made his way into our 22.”

Matt Crouch, Lachlan Sholl, Tariek Newchurch and Lachlan Gollant have all been named as emergencies, with one to be announced as the medical substitution one hour before the first bounce.

Adelaide will face Melbourne at Adelaide Oval on Saturday at 4.05pm and will wear its Indigenous Guernsey in honour of NAIDOC Week, which begins the following day.

Adelaide’s Round 16 team is: 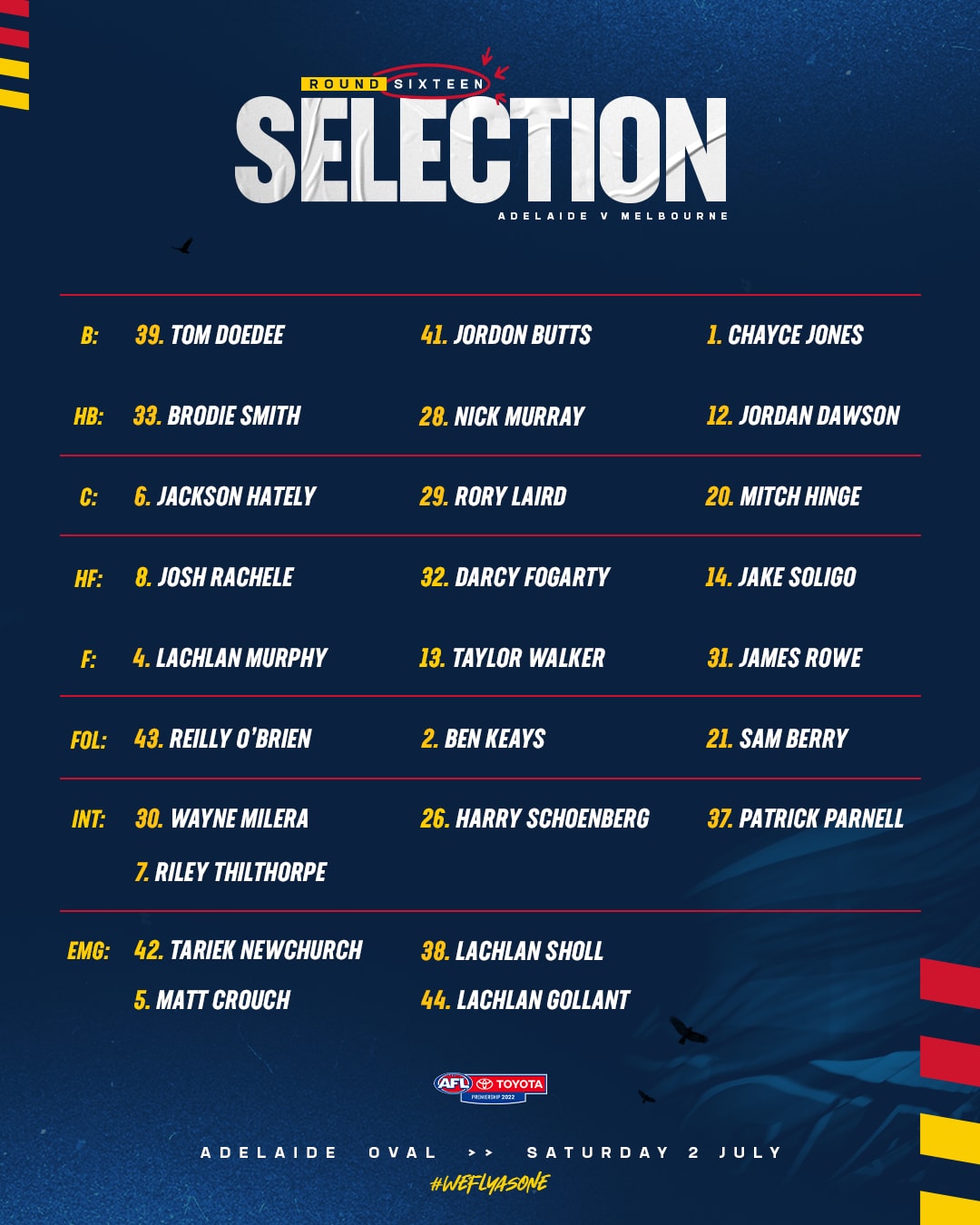