Adelaide has added four players to its 26-man squad for Sunday’s clash with West Coast in Perth.

Ben Davis, Billy Frampton, Jackson Hately and Lachlan Sholl have all been named on the extended bench for Round 21.

Two-time Club Champion Rory Laird is in line to play his 200th AFL game since debuting in Round Four, 2013.

“It’s a huge honour and I’m really proud to have played for one Club,” Laird told the media on Wednesday.

“I just want to make my family and friends proud and the footy club proud and most importantly win two on the trot.”

Adelaide’s final 22-man team will be named on Friday at 4.30pm ACST.

The Crows will face the Eagles at Optus Stadium on Sunday at 3.40pm ACST (2.10pm local).

The match will be televised live on Channel 7 in Adelaide and nationwide on Fox Footy and Kayo.

Adelaide’s Round 21 squad is: 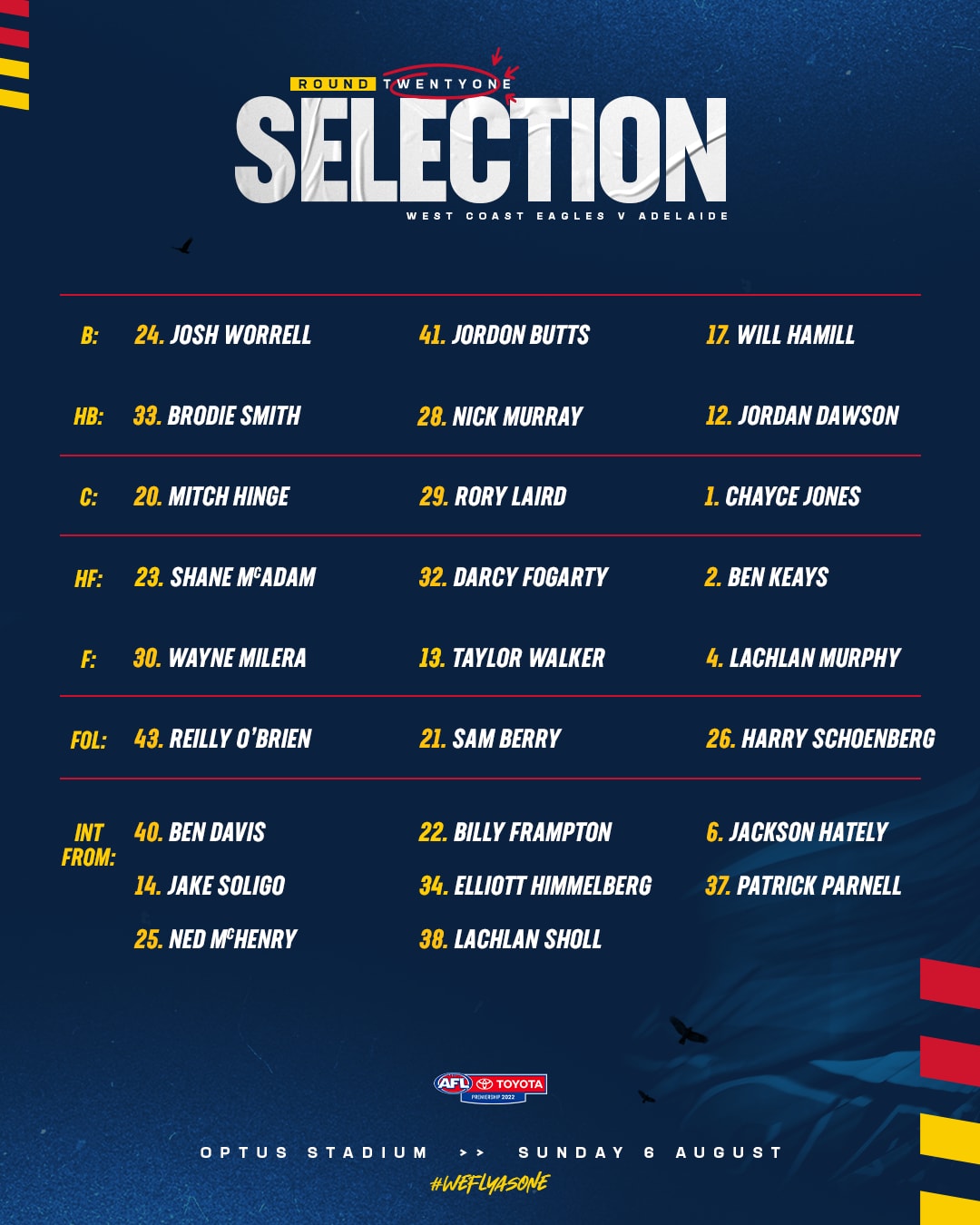 How Laird defied the odds to reach 200 games

The midfielder will notch a milestone on Sunday