The Hawks blew the game apart in the third quarter, turning a four-point half-time buffer into a comfortable 48-point lead at the final change. James Sicily starred for the Hawks with 24 disposals and three goals, and Tom Mitchell had 40 touches on his way to the Brownlow Medal. It was the fourth-straight loss for the undermanned Crows, who were without Rory Sloane, Rory Laird, Brad Crouch, Tom Lynch and Brodie Smith.

What it means for Adelaide: This is a fresh start for the Crows after a disappointing season in 2018. They've got almost a full list to choose from and are primed for a quick bounce back to premiership contention

What it means for Hawthorn: It's a difficult first-up assignment without Tom Mitchell – likely to miss the season with a broken leg – star recruits Chad Wingard and Tom Scully, and veteran Grant Birchall.

How Adelaide wins: The Crows will be looking to transition the ball quickly out of defence, spread hard from contests and give their forwards plenty of quality ball inside the attacking 50.

How Hawthorn wins: The midfield battle will be crucial. Jaeger O'Meara, Liam Shiels, James Worpel and James Cousins at least need to break even with Rory Sloane, Brad and Matt Crouch and Bryce Gibbs to give their forwards enough opportunities and deny Adelaide's star-studded attack the chance to run riot.

The stat: The Hawks have a sensational recent record against the Crows, winning nine of their past 10 encounters. Adelaide Oval doesn't hold any fears for the Hawks, who have won  all three games against the Crows at the venue.

These two experienced bookends have had plenty of battles over the years. According to the Schick AFL Player Ratings, Talia is ranked No. 6 among key defenders in the competition while Roughead, fresh off booting five goals in the JLT Community Series game against Richmond, is the seventh-best key forward in the League.

It's a big week for: Brad Crouch

The Crows midfielder will be looking to make up for lost time after he missed all of last season with a groin injury. Crouch was outstanding during the JLT Community Series with his ability to play inside and outside the contest. 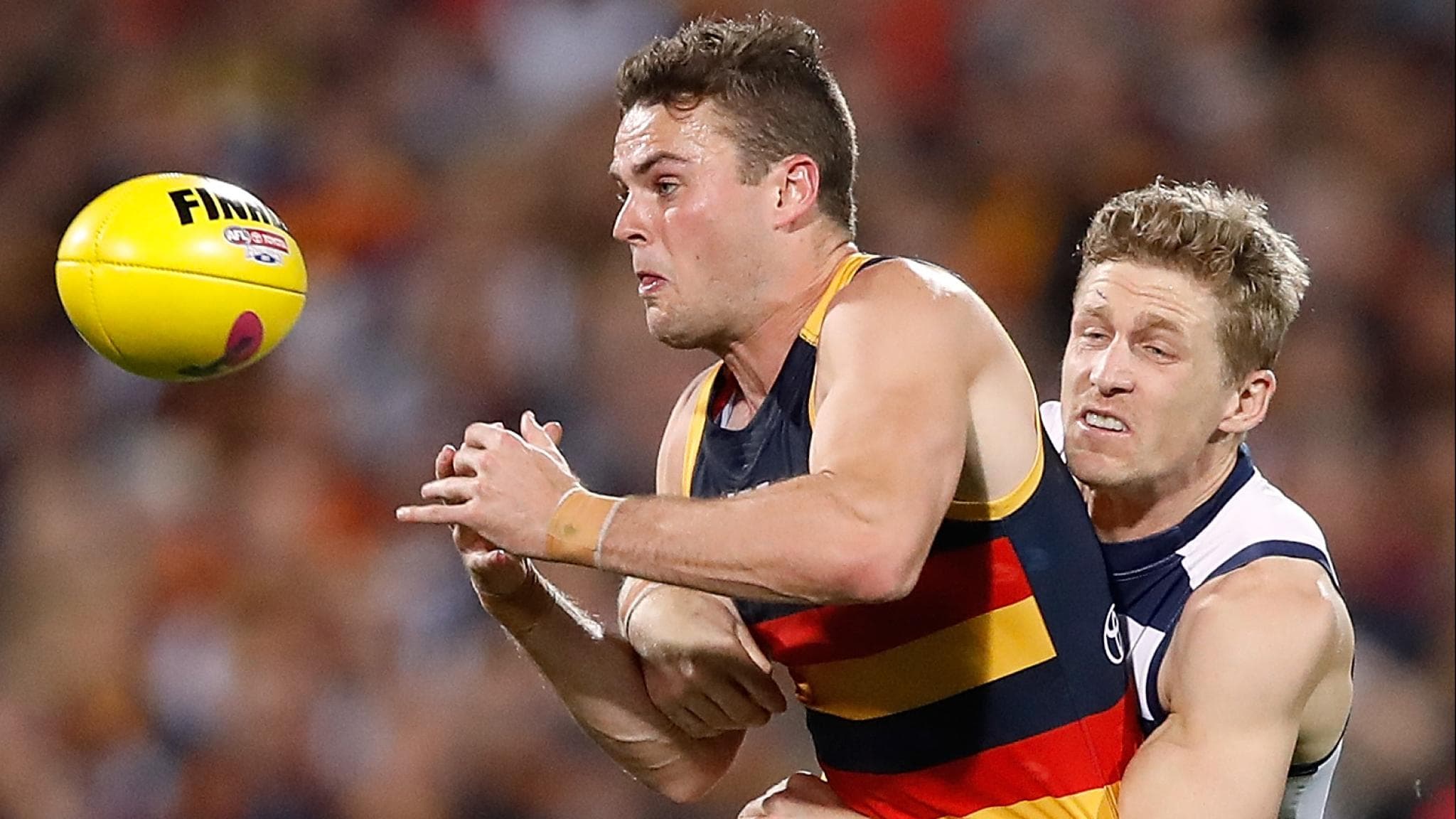 Tex is backing Sloaney for the Brownlow, but have a look where he’s put us on the ladder. Do you agree?