Adelaide co-captain Rory Sloane wasn’t shying away from the hard truths after his side’s disappointing 12-point loss to North Melbourne on Saturday night.

Immediately after walking off Marvel Stadium, a dejected Crows playing group headed straight for the briefing room and remained behind closed doors for an extended period.

Sloane told AFC Media post-game the players shared their honest thoughts during the meeting, not only amongst themselves but with the Club’s coaching panel.

“Obviously (it was) a disappointing night and we didn’t really play to our game style at all,” Sloane said.

“That’s probably the most disappointing thing. We know how we want to play and we’re not executing it to the standard we want at the moment.”

The Crows were well beaten by the Kangaroos in most of the key indicators including clearances (-12), contested possessions (-17) and inside 50s (-21). 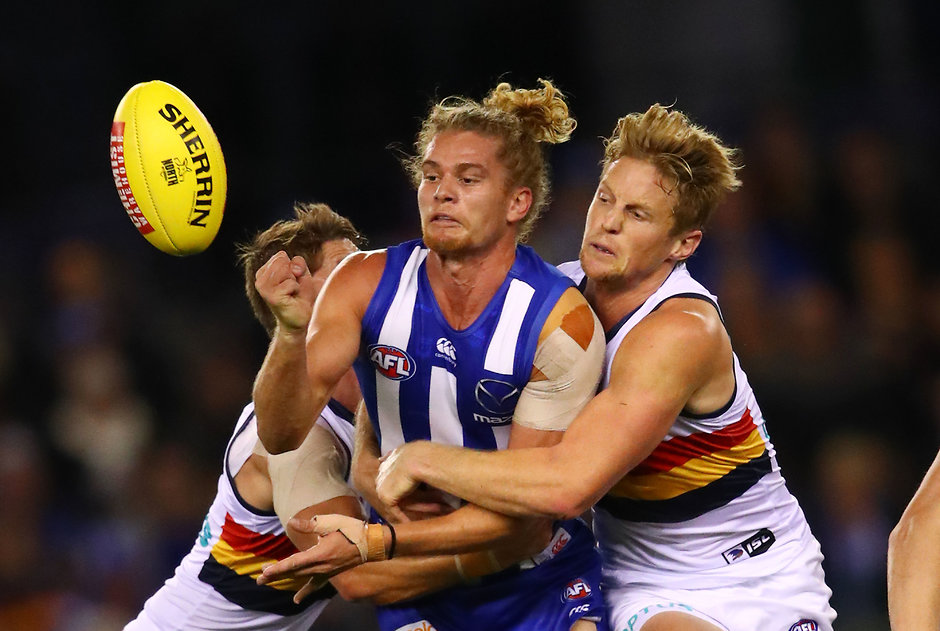 Sloane admitted the Crows lost the midfield battle and that ‘plenty’ went wrong as Adelaide registered its lowest score at Docklands since 2011.

“I think we got beaten around the contest. Definitely as a midfield group we got done in clearance work and our spread from there,” he said.

The contest work after that, whether that be in the air, or ground, they got on top of us.

“In the second half we just slowed up with our ball movement for some reason, so we were probably pretty lucky to be in the game at half-time or be that far ahead.

“We only kicked two goals in the second half so that’s pretty disappointing.”

The loss leaves Adelaide languishing in the bottom half of the ladder, sitting 1-3 after four rounds.

However, there remains plenty of time left in the home and away season to turn fortunes around.

We can’t go into our shells. We’ve got to own it and step up next week.

The Crows return to Adelaide Oval in Round Five, hosting the Gold Coast Suns on Easter Sunday in what now shapes as a must-win contest.

The game also marks champion forward Eddie Betts’ 300th appearance at AFL level, a milestone which would be far sweeter with a victory on home soil.

“That’ll be huge for Eddie. He’s an unbelievable player, champion of the whole game. What he’s done for the footy club and the town of Adelaide I think is incredible,” Sloane said.

“We gotta make sure we turn one on for Eddie and hopefully that can just get our season rolling and we can go from there next week.”

Pyke: 'We've got some things to fix'

The Crows coach admits the team has "some things to fix"