Midfielder Considine comes in for Club Captain Chelsea Randall, who was omitted from selection after suffering a heavy collision in last weekend's Preliminary Final.

The international recruit booted one major in Adelaide's last decider.

Chelsea Biddell and Lisa Whiteley have been named as the emergencies.

It's not too late to secure your admission for Saturday's unmissable Grand Final rematch at Adelaide Oval.

Tickets are on sale now through Ticketek, with adult admission just $10 and children under 18 free. 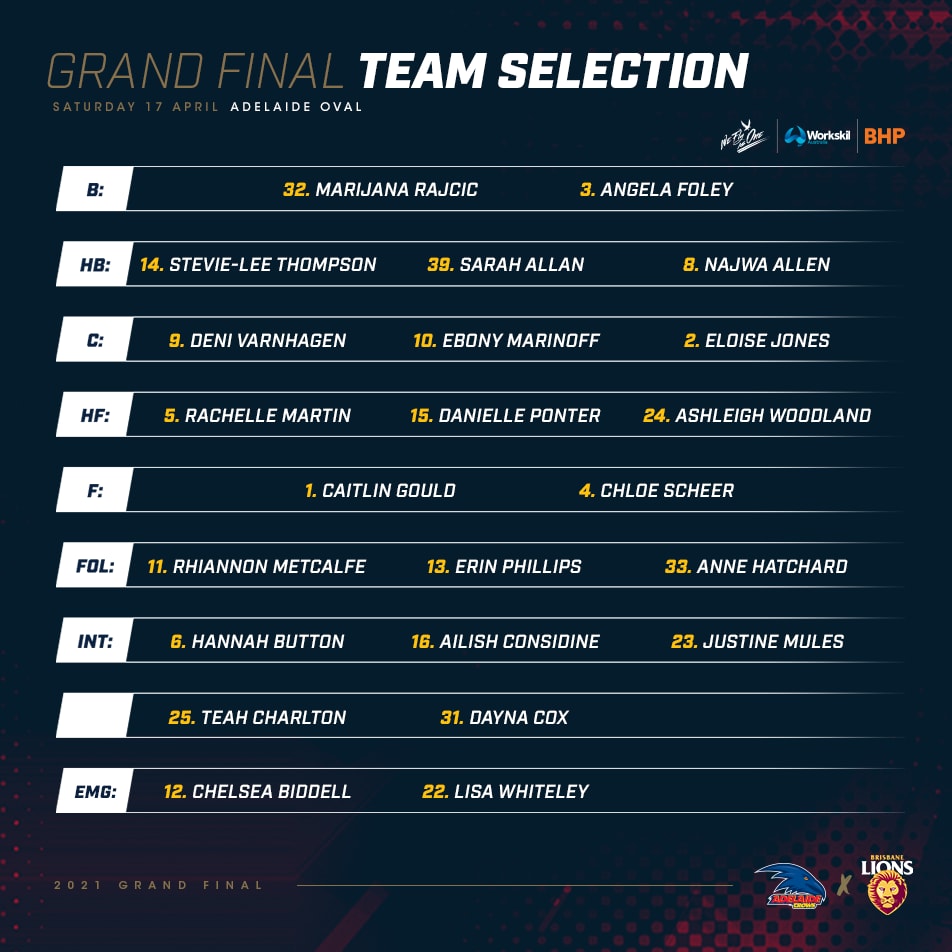 Up Next Channel 7 to host live Optus Crows Show after AFLW Grand Final
Why not share?
Share This Article