Adelaide Mid-Season recruit Brett Turner will make his debut for the Club in its Round 13 SANFL match against Glenelg on Saturday.

The Crows recruited Turner with Pick No.4 at this month’s Mid-Season Draft from SANFL side Glenelg.

“It’s great for him to get this opportunity,” Godden said.

“I have no doubt that it’s going to be a challenge for him playing against his former team in his first game for us.”

AFL-listed small forward Lachlan Murphy will come out of the side that beat South Adelaide last week, after earning a call-up to the AFL side.

Andrew McPherson, Billy Frampton and Josh Worrell are among Adelaide’s AFL-listed players named in this week’s SANFL side.

The SANFL will celebrate Indigenous Round this weekend, but Adelaide will not wear its specially-designed guernsey due to a clash with Glenelg’s guernsey.

The Crows will instead celebrate by donning its Indigenous guernsey in Round 14 against Sturt and Round 15 against North Adelaide in Whyalla in honour of NAIDOC Week.

Adelaide’s SANFL side wore the Club’s Indigenous guernsey in Round Two and Seven.

The Crows play Glenelg at Glenelg Oval on Saturday, with the first bounce at 1.10pm. 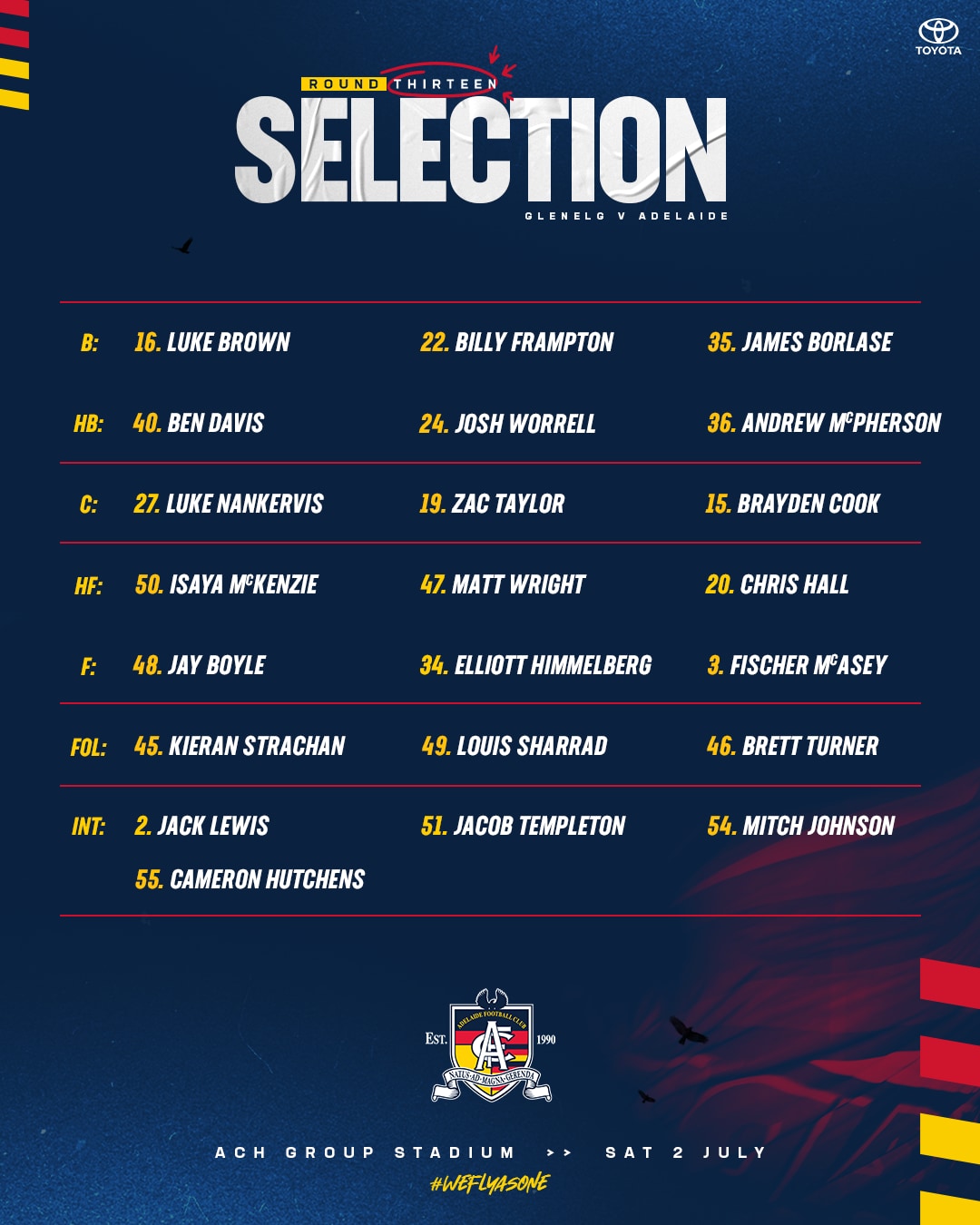 Three changes for the clash with Melbourne