The Crows have been in ongoing discussions with West Coast and can today confirm a deal has been finalised.

Hungry Jack’s will line-up down back - of the guernsey - in every match as the Club’s new Principal Partner.

Fans hoping to secure an autograph or photo with Adelaide’s newest star can go one better, with special promotions and giveaways on offer throughout the season - including a free Whopper burger for every Crows goal kicked during a home game from outside the 50m arc.

Hungry Jacks will play a part in Adelaide’s AFL, AFLW and SANFL sides, while also continuing its long career with West Coast

Adelaide CEO Tim Silvers described the signing as a major coup for the Club.

“Hungry Jack’s has been a huge supporter of footy and Australian sport and our players, coaches and staff consider it a privilege to be working with them on a day-to-day basis in the years ahead,” Silvers said.

“Having entered a new era at the Crows, it’s hard not to be inspired by Jack Cowin’s journey as a successful, innovative and inspiring businessman.

“Importantly, we are taking a long-term view and there’s a determination to make this a winning partnership.

“Everyone is super excited to be joining forces with a big brand that has big ideas, as well as the chance to have some fun and bring joy to the Crows family along the way.” 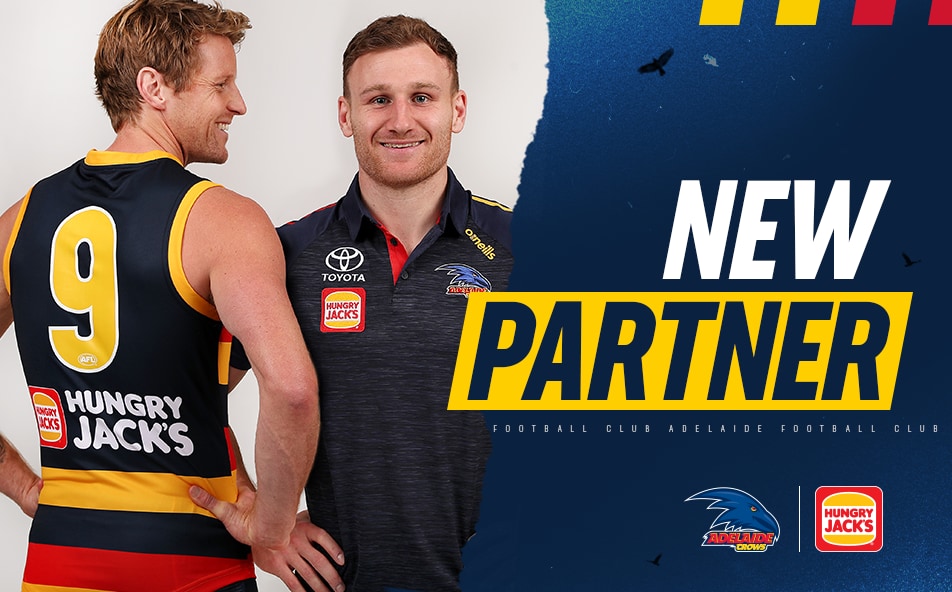 “AFL fans know Hungry Jack’s has been a lucky charm for the West Coast Eagles and we’re hoping to share some of that luck and magic with the Adelaide Crows. We are settling the battle of the birds as the two teams will fly as one in partnership with us,” Cowin said.

“We’re extremely excited to expand our support of the AFL to the neighbouring state of South Australia, which is one of our largest and most passionate markets.

“Unlike most big brands who start on the East coast, Hungry Jack’s was born in WA in 1971 and within a year we expanded into SA in 1972.

“This sponsorship follows a major infrastructure investment in South Australia as we recently upgraded all restaurants with the installation of Jack’s Café Barista coffee in response to Australian’s growing sophistication in the coffee and breakfast market.”

The Australian burger chain first opened in South Australia on Anzac Highway in 1972 and has expanded to 54 restaurants across the State and 449 nationally, employing over 21,000 people.

Adelaide’s new 2022 guernseys will be available in store or online from 12pm on Thursday.

Up Next Unsung hero: How Steve McCrystal shaped the Crows for 26 years
Why not share?
Share This Article

Unsung hero: How Steve McCrystal shaped the Crows for 26 years

McCrystal will call time on his career after the draft