Tom Doedee will return to Adelaide’s side to face Hawthorn at Marvel Stadium on Saturday.

Doedee missed the Crows’ match against West Coast due to the AFL’s Concussion Protocol but has been given the all clear to play the Hawks in Round 19.

Billy Frampton has also been named after collecting a team-high 31 disposals and 13 marks in the SANFL last weekend.

Frampton was moved to the defence against North Adelaide and impressed, earning selection for his ninth match of 2021.

Lachlan Sholl has been named after serving as Adelaide’s medical substitute in Round 18.

Nick Murray will miss due to a concussion sustained against West Coast at Adelaide Oval on Sunday.

James Rowe and David Mackay have been omitted.

Mackay, Rowe, Riley Thilthorpe and Ronin O’Connor have been named as emergencies with one to be confirmed as the medical substitute one hour before the game.

Saturday’s clash commences at 7.10pm (7.40pm AEST) and will be televised live on Channel 7 in Adelaide.

The game will also be televised live nationwide on Fox Footy. 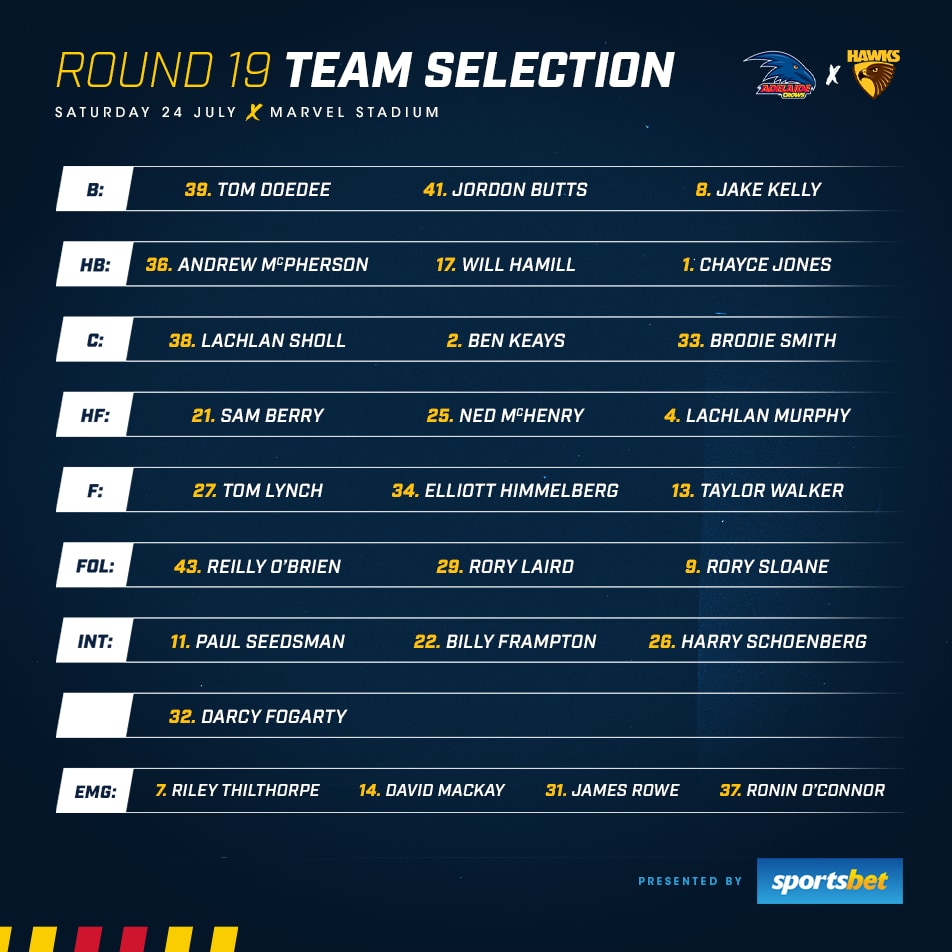 Up Next “There’s one thing you do know against the Doggies..."
Why not share?
Share This Article

A team meeting, a press conference and just hours to pack